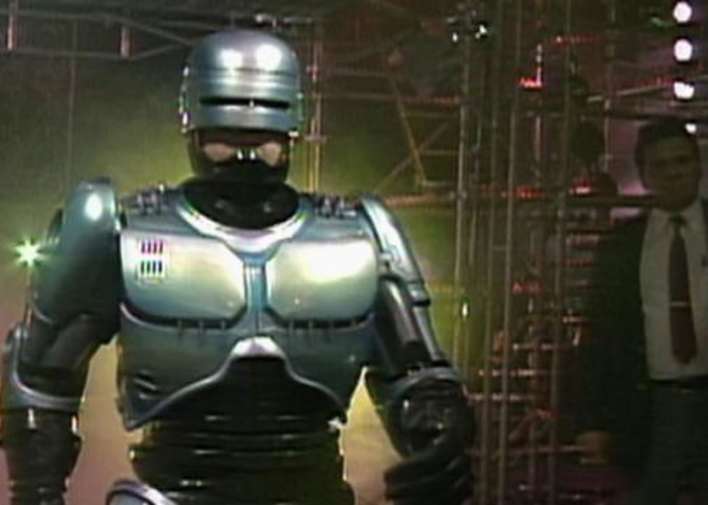 #16 – Robocop dropped in to say hello: Pro wrestlers are tough, but they definitely aren’t tougher than America’s favorite cyborg, Robocop. He made a special appearance at a 1990 event called ‘Capital Combat: The Return of Robocop’.

#15 – The KISS Demon: For some reason, the geniuses at WCW decided to pay a bunch of money to have KISS appear on Monday Nitro. They even introduced the KISS Demon, a character that shockingly didn’t single-handedly save WCW from extinction.

#14 – “Viagra” on a pole match: When WCW grabbed WWF writer Vince Russo, who helped popularize the “Attitude” era of the WWF’s late 90s, WCW was hoping it could try and win the ratings war back from WWF….but sadly, with ridiculous matches like a “viagra” on a pole match…it just made them look like cheap and horrible knock offs.