25 moments that defined the Attitude Era 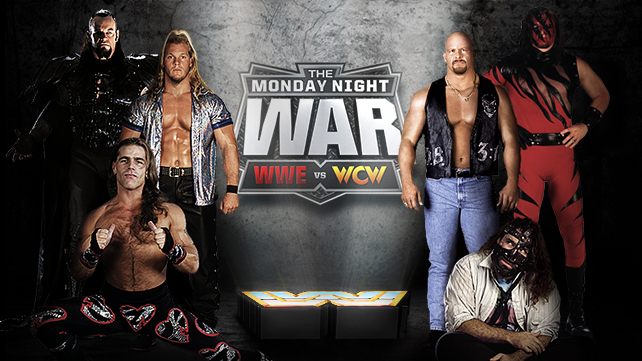 It’s difficult, if not impossible, to pinpoint the exact birth of the Attitude Era. With its close association to “Stone Cold” Steve Austin, some might choose to trace the transformative era back to the heretical speech Austin gave during his King to the Ring coronation in 1996. Others might suggest the edgier “attitude” truly started becoming apparent in early 1997, when longtime kid-friendly hero to the masses Bret “Hit Man” Hart threw up his hands in frustration and began unleashing profanities with a fury. A swathe of the WWE Universe likely contends that the Attitude Era began in earnest around the time Shawn Michaels named his union with Triple H “D-Generation X.”

Whichever way you slice it, one thing’s for certain: The Attitude Era was surely up and running by the time The Undertaker and his satanic Corporate Ministry attempted to marry The Phenom and Stephanie McMahon in an unholy matrimony.

It was iconic scenes like these that helped shape what is remembered as the era that thrust sports-entertainment into unprecedented popularity and exponentially grew the WWE Universe. The era was shocking, unpredictable and, at times, crass, and it transcended a single Superstar, match or event. Long-respected rules of the past were broken weekly, if not hourly, during the unapologetic Attitude Era. The “traditional” way of doing things was tossed aside and supplanted by a pulse-raising disregard for authority, censors and the status quo.

They said it would never happen, but on March 26, 2001 – a mere six days before WrestleMania X-Seven – WCW and WWE officially became one. After battling Ted Turner’s Monday Nitro for years in the so-called “Monday Night War,” WWE Chairman Vince McMahon celebrated his purchase of the Atlanta-based company with an unprecedented simulcast of Nitro and Monday Night Raw, shocking sports-entertainment aficionados on both sides of the proverbial fence.

The mood of the evening was one of revelry for the triumphant Chairman, who gloated about his victory and relished the fact that the fate of his longtime rival rested squarely in his hands (WATCH). However, as he issued his first address as the undisputed ruler of Monday nights and laid out the future of WCW, Mr. McMahon was rattled by a different bombshell altogether. Live from a WCW ring in Panama City Beach, Fla., Shane McMahon revealed that he – not his father – was the true owner of World Championship Wrestling (WATCH). This bold coup set the stage for a WCW/ECW Invasion later that year as WWE’s fallen foes joined forces to strike at the organization from within. (WATCH) — JAMES WORTMAN

The Attitude Era was WWE thumbing its nose at the system, and the WWE Universe was right alongside for the thrilling ride.