Home / Columns / 25 Years Of The Undertaker

25 Years Of The Undertaker 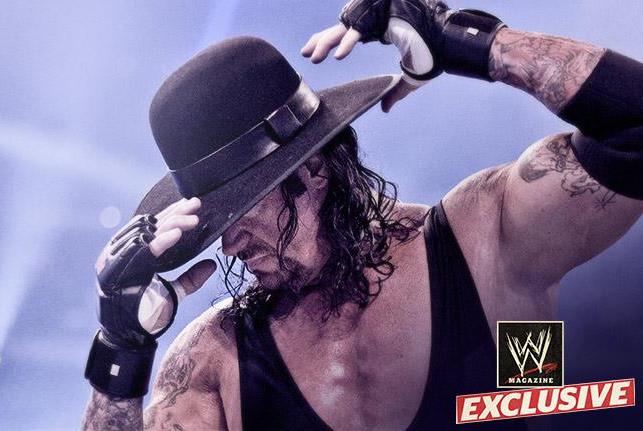 Sunday at Survivor Series marked 25 years of one of the most decorated superstars ever to step in the ring, The Undertaker. A worldwide household name in the world of wrestling and also in various forms of pop culture within music, movies & television alike.

In this business, 25 years is a rarity among wrestlers in this age, let alone nothing less of a main event relevancy like The Deadman. Not even Hulk Hogan, except for his widespread pop culture nature, remained relevant in an active wrestling role for 25 straight years.

The man known as Mark Calaway, didn’t actually start his career as the slow entrance walking, eye rolling, multi tattooed Phenom that we all know and love. He, like most wrestlers that we also know, made his start wrestling local arenas honing his craft while slowly making a name for himself and also notoriety among promoters and bookers alike.

Trained by Canadian Legend Don “The Spoiler” Jardine, and the inspiration behind Undertaker’s signature “Old School” arm twist rope walk chop, Calaway began to make his rounds in his home state of Texas in World Class Championship Wrestling under the name “Texas Red.” Among the years, he adopted several names such as “The Master Of Pain,” “The Punisher,” “Mean” Mark Callous and “Punisher Dice Morgan,” a name he used in Japan briefly.

Among those beginning years, despite the various names, Calaway continued to work on his craft. Many of the current generation are unaware that the future Undertaker did work for World Championship Wrestling when it was first launched in the late 80’s as one half of the New Skyscrapers with manager Teddy Long & was one of the FIRST “Paul Heyman Guys” under Paul E. Dangerously. However, there is a hidden gem in the WWE Network where Calaway wrestled against Lex Luger on The Great American Bash in 1990 for the WCW United States Heavyweight Championship.

Afterwards, Mark Calaway left WCW for the World Wrestling Federation and that’s where the history all began: The start of his 25 Year Streak.

Many do not know that The Undertaker was his first name within the company. Ironically, his first billed name was announced on a WWF Superstars taping as “Kane the Undertaker.” Get the reference?

Many do know that his first appearance was being the mystery partner of Ted DiBiase’s Million Dollar Team at the 1990 Survivor Series immediately taking out future legend Koko B. Ware and even the late “American Dream” Dusty Rhodes. This incarnation was the first of many, donning a western type outfit complete with a large trenchcoat, wide folding tie, gray spats & gloves and a Stetson type hat. This was also accompanied by a rarely used characteristic of no-selling his opponents attacks or even not being taken off his feet unless a major move was involved.

This character also early on gave us an iconic urn wielding manager with a unique touch, mannerisms and a shrill, whimpering voice that was uniquely a standout among the landscape of wrestling managers, the late William Moody who was better known as Paul Bearer.

The Undertaker also created many other things in wrestling. Matches like the Casket Match, Hell In A Cell, Bodybag match, Buried Alive Match & the Last Ride Match. Another popular creation was a backstory that eventually created his half-brother, Kane, played by Glen Jacobs.

While Calaway was portraying the character early in this run, he regularly instilled fear among fans of all ages including kids with various tactics of rolling his eyes into the back of his head while intimidating opponents, running various referees out of the ring after five count warnings and even briefly stuffing his opponents inside bodybags after defeating them.

Throughout the years, The Undertaker has gone through many changes and incarnations that we all know. From the “Tombstone” Western style Deadman to the demonic cult leader of The Ministry of Darkness in the Attitude Era to the American Bad-Ass Biker character to just The Phenom & Streak Holder in recent years, we are still amazed that Mark Calaway can still captivate audiences around the world with his ominous presence and give chills down our spines when that opening bell tolls. The longest tenured active wrestler on the WWE roster, a former titleholder of being the youngest WWE Champion, a locker room leader and a worldwide icon, Mark William Calaway no doubly is one of the all-time greatest wrestlers & performers that multiple generations have seen on television and is one of the most beloved in all eternity.