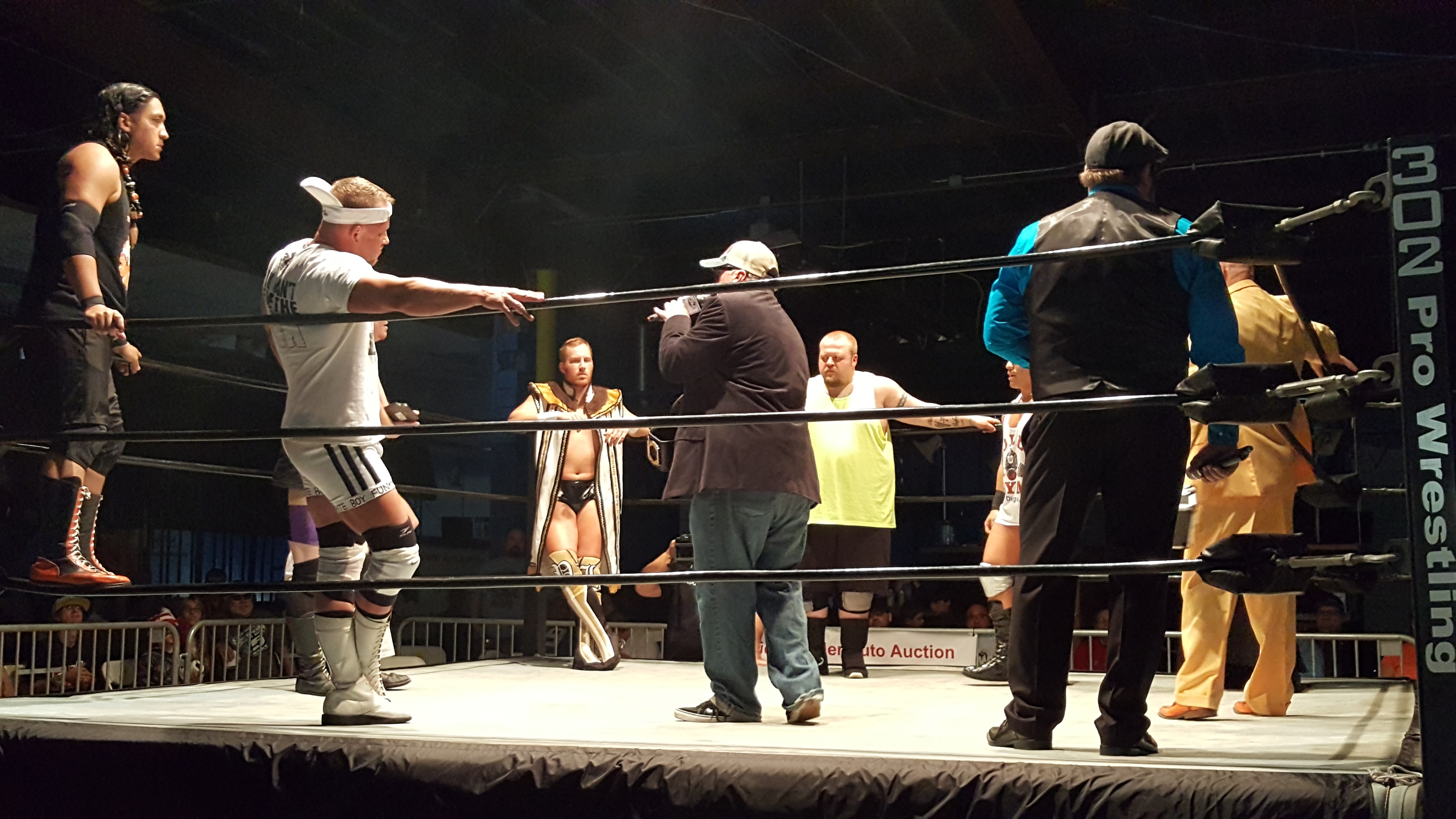 This past Saturday in Felton, DE at the Delaware Auto Exchange, 302 Pro Wrestling crowned their first ever heavyweight champion.  The Funky White Boy outlasted “Dirty” Sunny Deeds in the finals of an 8-man tournament to win the coveted belt.

In the semi-finals the Funky White Boy defeated Kindred Kymari but was attacked after the match by the Vampire Community Alliance.  They beat him so badly he needed to be taken to an ambulance.  Before the ambulance could drive away, FWB freed himself from the stretcher and climbed his way into the ring, facing Deeds for the title with badly injured ribs.

After scoring the emotional pinfall, all of Funky White Boy’s “Funk-a-Nators” joined him in the ring for a fun celebration! 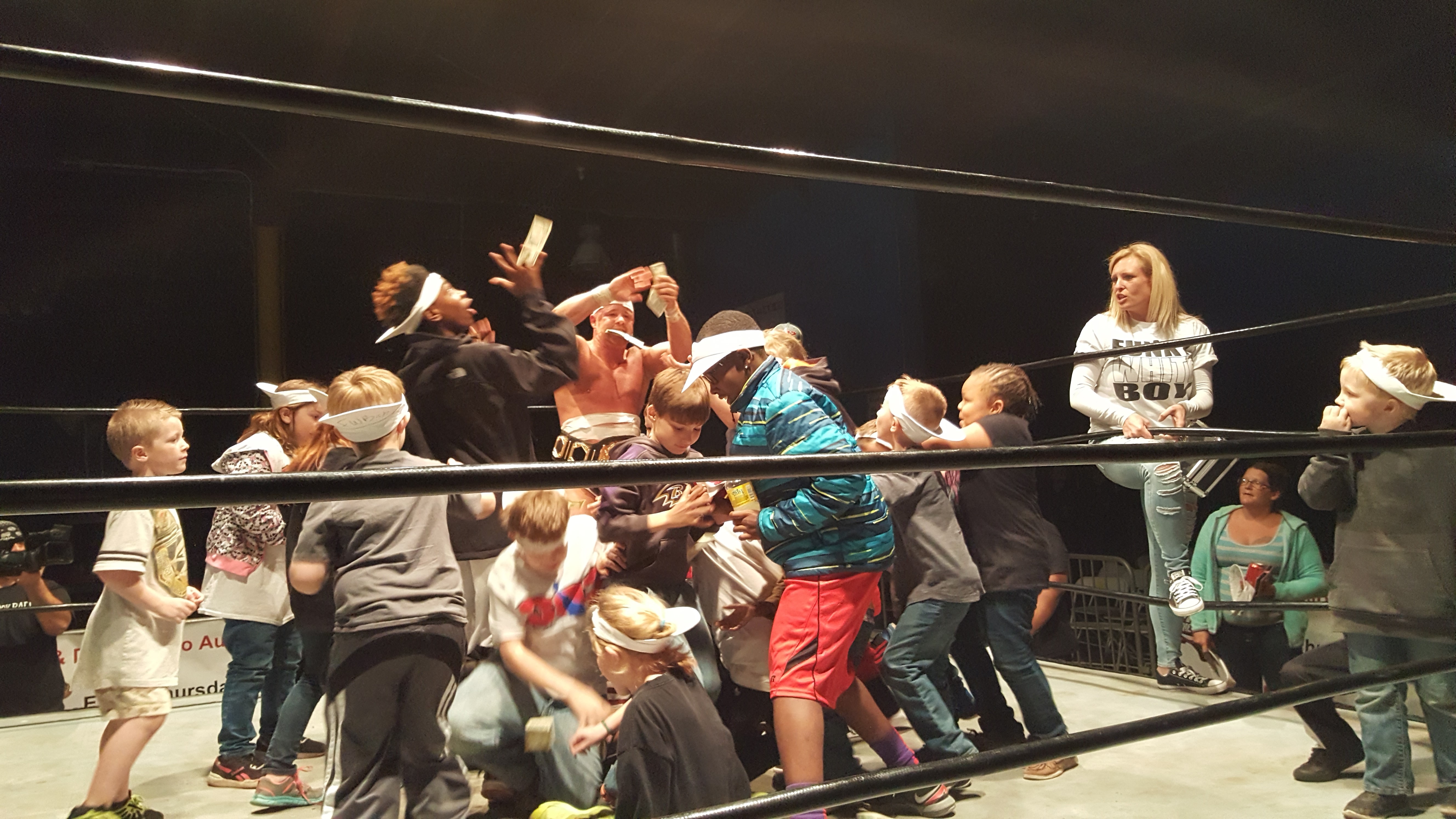