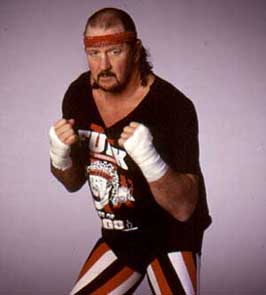 Doors Open: 6:00PM Bell Time:7:00PM
Tickets are priced as follows and are available on NYWCwrestling.com or at the door on the night of the event:
Advance Tickets: $15
General Admission (at the door): $20
Get Your Tickets Now!

Tables, ladders, chairs, barbed wire and more. That’s right it’s time once again for one of the most anticipated events in the Pro-Wrestling world, the NYWC PSYCHO CIRCUS. Although each year there are slight differences, the one constant is the sheer brutality of this match pitting 10 competitors with one common goal, to win the NYWC Championship. The NYWC Championship was recently vacated by Plazma upon his acceptance of a WWE developmental contract so the management of NYWC has decided that the winner of the PSYCHO CIRCUS will be crowned the new Champion. In the past two teams with five members each competed but this year it’s every man for himself. What exactly does this mean? It means that teammates will be forced to face each other and former friends may be come present enemies.

As this is one of the wildest matches you will see, last month Mikey Whipreck called in a favor to wrestling legend Terry Funk to serve as a Special Guest Enforcer at this years Circus. This Hardcore Legend will do his best to keep Big Time Tony Burma, Dan Dynasty, Mega, Prince Nana, Mikey Whipreck, Mike Spinelli, Papadon, Bruno Marciano, Boogalou and Low Ryder focused on the prize, the NYWC Championship. This is a match you do not want to miss !!!!!!!