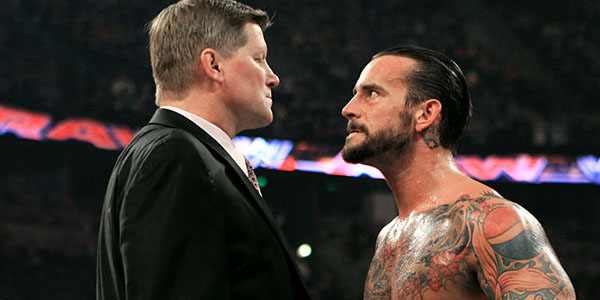 When you bring up the name “CM Punk”, you’re going to bring out passionate responses from just about everyone you talk to. Some people love him, and look at him both as one of the sport’s all-time best in-ring performers, and as the biggest missing piece that WWE needs to get their product back on track. Others hate him, viewing him as a quitter who walked out on his fans and the business that made him a multi-millionaire known all over the globe. You rarely find any in-between responses when it comes to Punk.

Those reactions and responses extend into the wrestling business, as well. When you ask Punk’s fellow wrestlers and wrestling personalities, they all have something to say about him. He has made some tremendous friendships that have lasted years and years, and has gone through multiple romantic relationships, leading up to his recent marriage to AJ Lee. He has also angered his fair share of people, thanks to his inability to hold things back. When he has something on his mind, he shares it, consequences be damned. In the strict world of pro wrestling, where you’re expected to fall in line and do as you’re told, that doesn’t always work out very well.

This is about those people who, at one point or another, didn’t look too kindly at CM Punk. Some are on better terms with him now, and others aren’t, but they all share that one thing in common.

This particular feud started out innocently enough. When The Miz was placed in the main event of WrestleMania 27, defending his WWE Title against John Cena, wrestlers like CM Punk were upset. They felt they were better than The Miz, and that they deserved to be in the Mania main event, collecting the big pay day that brings. That’s fine, because that’s how you’re supposed to feel. Whether you’re someone like CM Punk, or someone at the bottom of the card, you’re supposed to look at yourself as if you’re deserving of being a top name.

Punk would not be shy about his opinions, doing media interviews stating that he should have been the one to face Cena. Miz, as would be expected, didn’t appreciate someone going to the media and essentially saying that he wasn’t deserving to be a main event player. To his credit, all accounts say that Miz handled the issue internally, and didn’t return any of the vitriol in public. Punk, on the other hand, would continue to make snide comments for years, carrying over into some not-so-positive things said during the documentary on his WWE-produced DVD set.

Even though Punk’s opinion on The Miz is something that many wrestling fans share, Punk came out of things looking bad, with people thinking he took things too far and continued to drive his point into the ground, even after he long surpassed Miz in the WWE hierarchy.