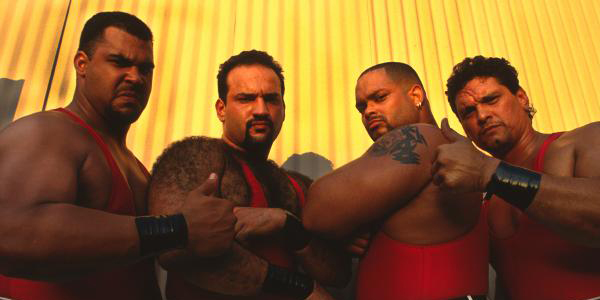 You remember the best, now look at the rest.

Numerous factions have made impacts on the wrestling industry that could be described as nothing less than absolutely enormous, some even changing the way business is done. These stables are the ones that will forever be etched in the minds of fans the world over, immortalized as part of video games, toy lines, t-shirts, and video packages long after the talent who gave rise to them have moved on.

This list is not about those groups, however. Rather, it’s about those that only exist, at best, in the back of your mind, assuming you ever heard of them to begin with. For many fans, this list may even be the first (and quite possibly the last) time they ever hear of these forgettable factions as we gather here to pay them some sort of small tribute for at least trying.

Note that for the purposes of this list, the faction in question must have at least three active wrestlers, and managers/valets don’t count. For instance, as great as Hawk, Animal, and Paul Ellerling were, they weren’t so much a faction as they were simply a tag team with a manager.

Let’s see how many of these factions you actually remember…

Without a doubt, The Corre is perhaps the one group on this list which still resonates with today’s audience, but only on account of two things: Their roots and just how recent their appearance was.

But while their emergence was relatively recent, their 2011 tenure was also quite brief. Following the ejection of leader Wade Barrett from his previous faction, the much more memorable Nexus. Aligning himself with fellow former Nexus members Justin Gabriel and Heath Slater and adding the muscle of Ezekiel Jackson, The Corre looked for a short time like it was going to be to The Nexus what The Wolfpac was to nWo Hollywood.

Despite a couple of teased throwdowns with their former colleagues, The Corre simply failed to gain any sort of real traction, thanks in part to the still-active brand split and their place opposite Monday Night Raw’s Nexus on Friday Night Smackdown. As such, it came as little surprise when they went out not with a bang, but with a whimper less than six months after forming.