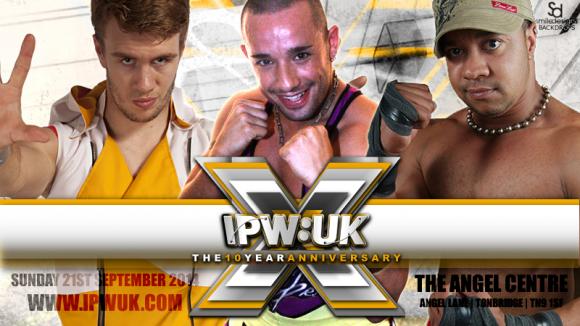 Hi guys and gals. My name is Oliver Newman.

I have been a Professional Wrestling Fan for 25 years and a Writer for 12 years. This past August, to mark my 25th Anniversary as a Fan (WWE SummerSlam – 26th August 1991) I released my own book. It is called A Fan’s Perspective: One Man’s Exploration of British Wrestling.
Click this link to read a Sample – Try before you buy (if you will).
It is available on both Paperback & Kindle via Amazon – NOW!

This will hopefully be the first of a series of blogs on Online World Of Wrestling, I hope you enjoy reading my thoughts on the world of professional wrestling – written for the fans by a fan.

RAW – Not much to say, RAW Is Chore – please oh please, change it back to 2 hours! Take heed WWE – less is more. To be fair Goldberg vs. Brock Lesnar & the end of the show has made me more pumped for Survivor Series, than I have been for years!

SD Live – SD Live is a Breeze – so much more enjoyable. WWE I.C. Title match was pretty good with a shock ending and women’s battle between RAW & SD Live has me excited for their 5 on 5 match.
NXT – Nice seeing British Wrestler Nathan Cruz on the show. Almas vs. Alexander was very unfortunate to not be on NXT Takeover: Toronto – a fantastic match and Almas has made a believer out of me!
A Fan’s Perspective – The Podcast – After being on hiatus, AFP Podcast – looks like it is on it’s way back. I am currently recording an interview (in parts) with British Wrestling Icon ‘The Phoenix’ Jody Fleisch. Honoured to be talking to one of the men who inspired me to watch British Wrestling, write about the Industry and publish my book (above).
WWE 2K17 – Bought as a Christmas gift for me from amazon for a pretty good £30 price, I played the ‘I need to try it out’ card. 6 losses & a no contest later, I have to express my disappointment in the game. Pinfall system is as flawed as last year and Submission system is horrendous. Keep in mind they are the main (best ways) to win a match. I wanted to be a Fan of the game but I just can’t be.
NXT Takeover: Toronto – Tye Dillinger should have won. TM61 are tremendous to watch. #DIY vs. The Revival (c) 2/3 Falls for NXT Tag Team Titles is one of the best matches of 2016 and should have main evented, Asuka vs. James was pretty good and Joe vs. Nakamura was good with a shock ending!
ICW Fear & Loathing 9 – The biggest European crowd in 34 years (6,183) is one heck of an achievement! Good card from top to bottom and I enjoyed watching the show.
NEW Venom Wrestling Federation Heavyweight Champion – ‘The MetroSexual’ Danny Devine –
I knew in September 2007 that you had everything needed to be a Champion, 9 years later, you are just that. Congratulations!
Survivor Series – Cracking 5 vs. 5 Women’s match, enjoyed Cruiserweight Title match, 5 on 5 Men’s match was long but good story’s were progressed (Owens & Jericho) and if it makes The Wyatt’s a threat (job done). That is how you book Goldberg (if/when he is staying in the company).
Follow me on Twitter:
@brummieol
@afppodcastuk
Like me on Facebook:
http://www.facebook.com/afansperspectiveuk
https://www.facebook.com/afppodcastuk
Follow me on Instagram:
https://www.instagram.com/brummieol/
Follow me on Google +
https://plus.google.com/u/0/114180232147989935542
Email me:
[email protected]
With that it is time to sign off from today’s blog, be sure to check back next week, thank you for reading and for all your support over the years!
Oliver Newman
Related ItemsICWOliver Newman
← Previous Story Wrestlers Who Got To Work With Their Wives
Next Story → WCW Wrestlers Who Are Real-Life Buddies