A Tribute To Moondog Spot 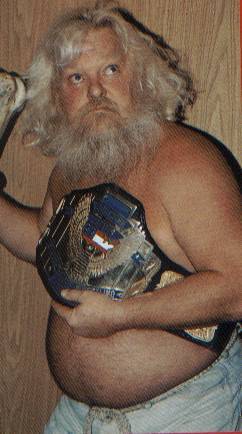 Editor’s note: This column is being republished in tribute to the 8th anniversary of the death of Larry Booker (aka Larry Latham or Moondog Spot in the world of professional wrestling) .

Larry passed from this life, on Novemeber 27th, 2003 at a building where he had performed probably thousands of times, The Mid-South Coliseum.  He was only 51 years old.

It is certainly a sad day for not only Memphis Wrestling, but wrestling in itself, as one of the greats has left us.  There are some things I’d like to point out about Spot, and his impact on my youth, and some accomplishments of his, as well.

Larry never really left his home base of West Tennessee. Despite all the success, he still called the Dyerburg community home, a place which my father and my family is from.

In the squared circle, few could hold a crowd in the palm of their hands, like Booker could. I’ll never forget that Saturday morning in the early 90’s, when the Moondogs came back into the Memphis area. I was watching USWA Championship Wrestling, as I usually did, as a child of about 10 years old, and I honestly can’t recall who was in the ring, but I do remember Richard Lee’s whistle blowing, and The Moondogs (Spot and Spike) coming to the ring, and laying a beating on some poor sap.

At that age, I was legitametly afraid of The Moondogs. They scared the snot out of me. I literally thought these guys were crazy. Forget anything I had heard about wrestling, The Moondogs were savages.

As the years have passed, one constant has remained in the Memphis Wrestling scene. Every time someone needed a good brawling hand, or brawling tag team, Moondog Spot was there with an assorted bunch of pups and weapons. 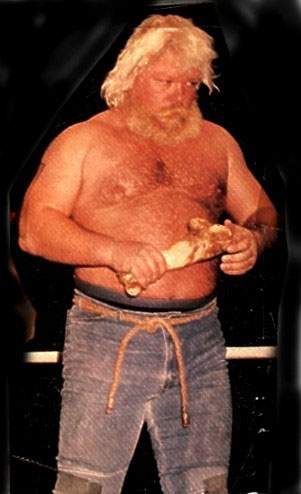 In the early 1990’s, Booker worked some great and completely entertaining matches during his USWA run in the early 1990’s with Jerry Lawler and Jeff Jarrett, and I really believe those matches are what put Jeff Jarrett on the map, as far as scouts from the big two were concerned.

They had a great “Consession Stand” brawl matchup in Kennett, MO during this feud. A wild bout, that even Corey Maclin’s incoherent rambling on the microphone could not ruin.

The feud caught so much steam that it even was named Pro Wrestling Illustrated Feud of the Year for 1992 by the readers of that publication.

The feud beat some great rivalries, and bested Ric Flair vs. Randy Savage for the top honor.

It also was voted ahead of the great feud between Ricky Steamboat and Rick Rude for the WCW U.S. Championship.

The Moondogs also made the ranking of the Top 100 tag teams by the same publication, coming in at 81, ranked above talented teams like Owen Hart and Davey Boy Smith, The legendary Samoans, and The Dream Team, among others.

I was deeply saddened to hear of Larry Booker’s passing this past weekend, but I find something to smile about, every time I think of him barking towards the sky in the television studio.

I never was fortunate enough to see Moondog Spot in person, although I have watched one of the many pups that Booker deemed a Moondog in action a couple of times.

When Spot passed on, I do believe The Moondog gimmick did too. He was the gimmick.

For a man with long whitish blonde hair and a bushy beard, he should have been cast as a Santa Claus for the children to love.

However, with the talent and great facial expressions (and boy, do I mean great ), he was able to parlay a persona into well over 2 decades of successful work.

Moondog Spot may be the most charismatic character over the past few decades in wrestling to never speak an work on-screen, yet get over with his actions.

Imagine that. What if today’s stars were only allowed to scamper around and bark like dogs? Would Rocky Maivia be able to pull that off, or Steve Austin?

I don’t think they would.

Larry Booker loved wrestling, it was evident every time he came through the curtain. He loved what he was doing, and died doing what he loved.

That in itself is a beautiful way to go.

I don’t think that simple words can do him justice or do his life and career justice, but that’s all I can give.

I’ll not sure how to end this, but I’ll wrap it up with this folks, they say “All Dogs Go To Heaven”, and I can only ponder what JYD and Moondog Spot are doing right now.

Thanks for the memories,

Related Items
← Previous Story A Look Back at The Hart Foundation
Next Story → 1988, The Year That Could Have Saved AWA