A Tribute to Puerto Rican Stars 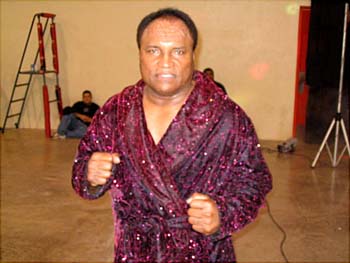 If the wrestling universe is a star, Canada, Mexico, United States, Japan and Puerto Rico are the edges. Canada is well know for their scientific skills, great techniques and The Dungeon. Mexico is high flying, over the top gimmicks and great performers. United States is Sport Entertainment, muscular guys and a lot of idolized Gods of Wrestling. Wrestling in Japan is very religious, great sportsmanship and a good dose of craziness. Puerto Rico is Hardcore, Bloody and very passionate.

Puerto Rican superstars has fought with the very best the wrestling world has to offer including Rick Flair, Bruiser Brody, Stan Hansen, Cowboy Bradshaw, Terry Funk and Abdullah The Butcher. They paid their dues in those rings before they went on big in WWE, NWA/TNA, WCW and IWA/Japan. That’s why I want to make a special tribute to those “Boricuas” who put the name of the Island in among the very best.

Carlos Colon – The “Acrobata de Puerto Rico” is a living legend and is without any doubt the single most dominant wrestler in PR. The list is long enough to make your jaws drop in amusement and everybody has been defeated with his patented figure four leg lock, his hard head and his thirst for blood. That’s why he ranks #1 in the square box. 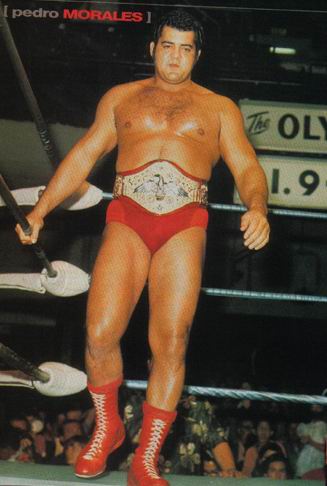 Pedro Morales – A WWWF Intercontinental and Heavy weight Champion has to make the list. Bouts with such greats ones as Bruno Sammartino is quite a great accomplish for the “Orgullo de Culebra”. Some says that showdown between them in September 30,1972 in Shea Stadium in New York City is the quintessential wrestling match.

Chicky Starr – The top heel and most revered wrestler in the Island. Jose Laureano, as everybody knows him is the only superstar that have his own fan club called “Chickystarianos” as a wrestling version of Catholic Christians. They follow him and cheer him even when he is not wrestling. Chicky Star is the combination of Paul Heyman and Terry Funk.

Invader #1 – Jose Huertas (his real name) has a very illustrious career as the side kick of Carlos Colon and has fought regardless of height, weight or nationality. His Punch at the Heart is his signature move, but his infamous place in history became with the lost of the great Bruiser Brody.

Ray Gonzales – This poor man version of Triple H is becoming a force to reckon with, both with his wrestling skills and his mouth. Great charisma and very respectable title holder everywhere he goes makes the top wrestler today. 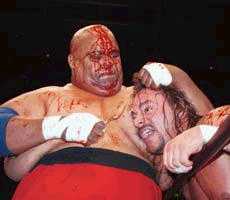 Abdullah The Butcher – Ok, he was born in Canada, live in Atlanta and is billed from Africa, but this guy has make a career in Puerto Rico like no other foreigner. He went from the most feared monster to the most respected butcher. His loyal folk and amazing moves for a man his size are quite unique. Him and Carlos Colon has spelled more blood than an open water fountain.

Well, there you have folks, my little tribute to those greats athletes who give everything in the ring…