Rose will be wrestling former WWE NXT Superstar Bull James (Bull Dempsey). The match was chosen by Rose as the two are good friends. The match will take place at ARW’s 3rd annual Star Spangled event from the Space Coast Convention Center in Cocoa, Florida.

ARW sent us the following announcement on the match:

PRESS RELEASE: Atomic Revolutionary Wrestling is honored and privileged to announce that we will be hosting ADAM ROSE’s Retirement / Final Match on Friday June 14th 2019 at our 3rd Annual “Star Spangled” event at the Space Coast Convention Center in Cocoa Florida. The match up was selected by the man himself and will be ADAM ROSE vs. BULL JAMES. This marks the Atomic debut of Bull James to already add to an already stacked card. Adam Rose is a former Atomic Heavyweight Champion and has been a big part of the foundation and growth of ARW over the years. We’re been thrilled to be able to give him the proper send off under his terms and have this incredible match up take place. This match will be the MAIN EVENT for the show. Come join us as we celebrate the career and say THANK YOU to a man that has given his life for the business in Adam Rose. Tickets are available at the link below. #ThankYouAdamRose

Rose took to Instagram back in March of this year and announced that he was retiring from the sport.

“I want to announce my full time retirement from the wonderful world of professional wrestling,” Rose wrote at the time on IG. “It’s been one hell of a ride. I will be fullfiling all dates currently booked but not taking any more bookings going forward. Thank you to the fans who supported me, the promoters who booked me, all the good brothers and sisters who worked with me. Mainly thank you to the @wwe for letting a 9 year old South African boy live his dream. Many blessings and so much love to all. Goodbye and thank you.”

The former Leo Kruger made headlines in mid-January of this year after posting on Instagram to thank WWE for helping him get sober, making a milestone of more than 415 days clean. Rose later revealed that former Dempsey is the one who made the call to WWE to get Rose into treatment.

Rose made his pro wrestling debut back in 1995 at the age of 15, for a South African indie promotion. Rose was later signed to a WWE developmental deal and then made his debut in February 2010. He went from NXT to the main roster in May 2014, and was later released on May 23, 2016. 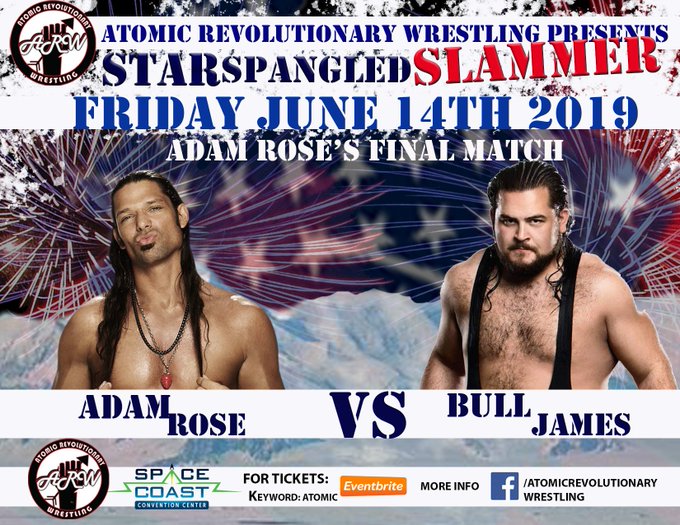