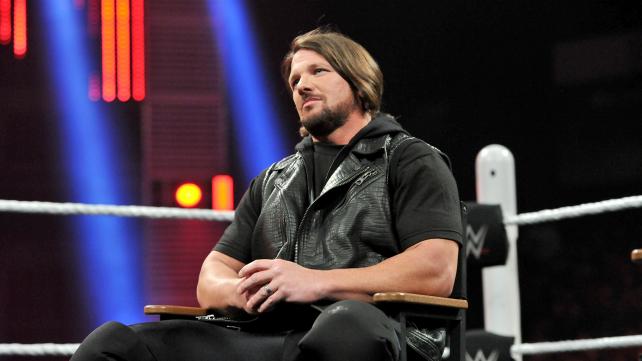 Rumor: AJ Styles Already Has Backstage Heat With Vince McMahon
By Will McCormick

AJ Styles hasn’t even been in with the company for a fortnight, yet there are some rumors that he already has some backstage heat in WWE and with Vince McMahon.

According to the Wrestling Observer and the Inquisitir, Styles has developed some backstage heat, but it’s not being disclosed as of now what he’s done or didn’t do to get that heat.

AJ Styles is the biggest free agent signing in recent WWE history. Honestly, he may be the biggest known free agent signing the company has ever had. It’s very possible that Styles came in with expectations about what he should be doing, and maybe the conflict is over what kind of role he is going to have on the WWE roster.

So far on WWE television, Styles has been feuding with Chris Jericho and The Miz. There are some conflicting rumors about what WWE has planned for him for “Fastlane” and for Wrestlemania in a few months. WWE could push Jericho vs. Styles, develop a feud with Kevin Owens, or continue the feud with The Miz through “Fastlane”