Home / Behind the Scenes / The Almighty Sheik to be honored

The Almighty Sheik to be honored 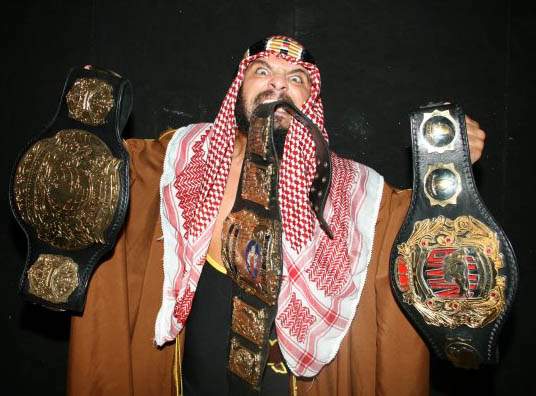 The Cauliflower Alley Club is pleased to announce that the Almighty Sheik will be honored at the upcoming 50th CAC Reunion with a men’s wrestling award!

Joseph Cabibbo, born on May 21, 1974, has wrestled primarily under the ring name The Almighty Sheik. He is a former NWA World Heavyweight Champion. Cabibbo debuted in Full Impact Pro (FIP) as Joey Machete in February 2006, teaming up with Shawn Murphy in a losing effort against Seth Delay and Chasyn Rance. However, they won their first match against Tony Mamaluke and Chad Parham the following day. That April they won a three-way tag team match that began a streak of victories leading to the FIP tag team championship. After several years Cabibbo moved on to Pro Wrestling Fusion and began working under the ring name The Sheik. He originally was billed as the new Sheik Ali Azzad, but Cabibbo soon shortened the name after receiving the blessing of Sabu, the nephew of the original Sheik. 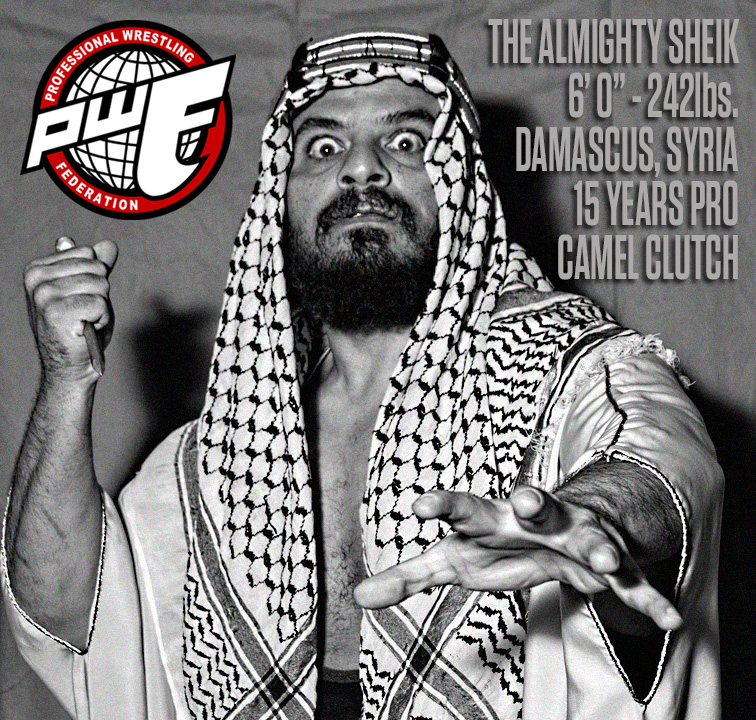 The Almighty Sheik debuted in NWA Midwest in September 2009, attacking NWA Midwest Heavyweight champion, Silas Young at a RWF show in Ashton IL. He then defeated Silas to win the championship. He was scheduled for a World Title match against Blue Demon, Jr. to be held in Cicero Stadium in Chicago Illinois, but Blue Demon backed out of the match. Silas Young, on the other hand, did sign up to wrestle The Almighty Sheik and defeated him in Green Bay, Wisconsin, on December 4, 2009, at ACW Homecoming. Sheik defeated Young to become a 2 time NWA Midwest Heavyweight Champion on December 5, 2009. A few weeks later The Almighty Sheik defeated “El Gran” Apolo to become the new NWA North American Heavyweight Champion.

On April 23, 2011, he defeated Colt Cabana in Jacksonville, Florida to become the 44th officially recognized NWA World Heavyweight Champion. He was stripped of the title on July 11, 2011. Officially, the NWA announced that Sheik had refused to defend the title on July 31, 2011 in Ohio. Unofficially, Sheik’s camp says he was never scheduled for the title defense.

The Almighty Sheik had a feud with Puerto Rican Savio Vega which led to a “Globe of Death match”. The match was held in Bayamon, Puerto Rico, and the two competitors fought in a giant ball of steel. Weapons were attached to the inside of the steel cage.

Since then the Almighty Sheik has stayed active on the independent wrestling scene! [Parts of the article courtesy of Wikipedia.com.]

On behalf of the CAC Board of Directors, a sincere congratulations to Joseph Cabibbo, a 2015 CAC men’s wrestling award honoree!

Here are some of the Almighty Sheik’s classic moments in professional wrestling: