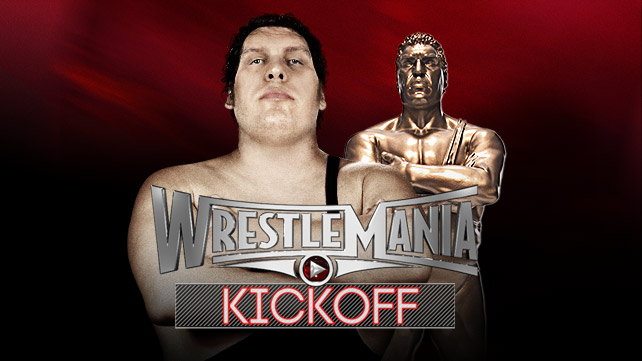 The prestigious over-the-top-rope Battle Royal — a tribute to the iconic “Eighth Wonder of the World,” who was also known as “The King of the Battle Royal” — premiered at last year’s WrestleMania 30. There, 31 Superstars duked it out for the right to win a gigantic trophy created in Andre’s likeness. The wild brawl culminated when Cesaro unforgettably bodyslammed the 425-pound Big Show over the top and to the floor to become the inaugural victor.

See the list of competitors entered in this year’s Andre the Giant Battle Royal here!