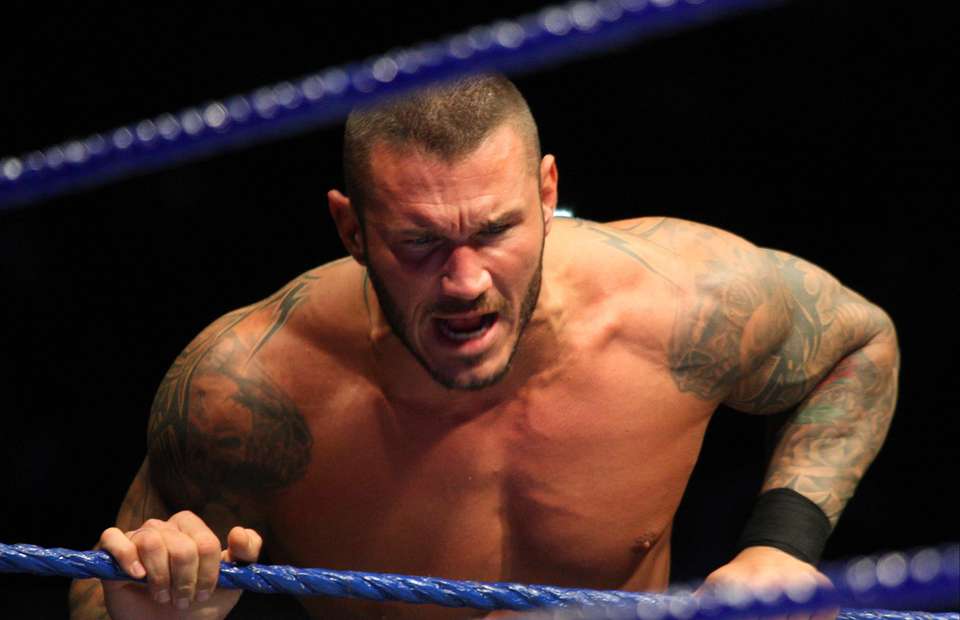 Very eventful past weekend with three major WWE shows.  I can’t possibly imagine how people with families and busy jobs have any time to keep up with this stuff.  That’s why you continuously see ratings drop, year after year.  You’re left with the super hardcores, and fortunately there are enough of us to keep pro wrestling financially healthy.

Still, I worry that we’re not creating enough new, young fans to carry wrestling through the next generation.  Today’s fan base was created by the 80s boom and the Monday night wars boom.  We need a new mainstream boom to create new fans and replace the older ones.

With indie wrestling so strong these days, there was a Twitter war last week involving Randy Orton, Rip Rogers, Bubba Ray Dudley, and others.  All sides have truths and mistruths in what they’re saying, and Randy found himself in the middle of a quiet thunderstorm. Since he headlined the biggest WWE show of the weekend, and since he’s been in the headlines of late, it’s a good time to do a quiz on the Viper himself, “Randy Orton.”

Congratulations to last week’s winner: Arya Witner.  Arya is a repeat winner from a whopping 11 years ago (yes, we did quizzes that long ago).  You can hear Arya on the Wrestling Outsiders Podcast at BlogTalkRadio.com/WrestlingOutsiders, where they recently took on the task of reviewing Vince Russo’s WCW booking (oh boy).

2) Florida Championship Wrestling (FCW) is not currently anywhere on the WWE Network.  And that’s a damn shame.

3) The WWE Network was NOT launched in all foreign countries from the very start, although those countries were able to get around the system and get it anyway.  WWE jumpstarted foreign launch dates in a desperate attempt to get their subscription numbers up in any way possible.  Had they done a better job marketing and implementing it in the US, they wouldn’t have had that problem.  Instead it was botched beyond belief, and still is.

5) Current Raw and SmackDown episodes are available on the WWE Network a month after they first air on the USA Network.

6) Of the series listed, WWF Tuesday Night Titans is available on the WWE Network in its entirety.

8) Seems most of you watch the WWE Network on a streaming device, which is the best way to watch it.  I personally have a Roku on each of my three TVs.

9) Surprised that half of you said you watch the live stream the most, while the rest of you watched the archived content.

10) Most of you aren’t willing to pay more than $12.99, which is probably the right price if they decide to add more content.  Doing so would result in an additional $50 million in annual revenues, although WWE wouldn’t see 100% of that money after giving partners their cuts.

1. Everyone knows Randy’s father Bob, and grandfather Bob Sr, were both pro wrestlers.  There’s another Orton relative who was a pretty good worker, but never made it to headline status (and would later speak out against the WWF during the sex scandals).  Who is this other Orton?

a) His uncle, Barry Orton
b) His mother, Elaine Orton
c) His brother, Nate Orton
d) His sister, Rebecca Orton

2. Randy Orton had some maturity and discipline problems early on in his training, although with his look and name, he was always going to be given a chance to make it.  After initial training in St Louis, which training facility is Randy most associated with learning his craft?

3. I vividly remember the RNN segments in 2002 that would interrupt Raw, in which Randy and his injured shoulder would give updates on his condition.  What did RNN stand for?

4. The first big career break for Randy Orton came in the form of Evolution in 2003.  Ric Flair represented the legend, HHH represented the present, and Randy and Batista represented the future.  Before Batista got the role, it belong to another young wrestler from WCW who never quite made it in WWE.  Who was the original choice to fill Batista’s role?

5. Randy’s natural arrogant personality worked in his favor as his star began to rise as a singles heel getting a big push as the “Legend Killer” who would disrespect older veterans.  The one match that established Orton as a real main eventer was at Backlash 2004, billed as the Legend vs Legend Killer.  Which legend put over Randy that night, much like he had done for HHH years before?

6. Randy Orton won the WWE title for the first time at SummerSlam 2004 at the tender age of 24.  A lot of people thought Chris Benoit was getting a well deserved push as WWE champion that year, when in reality he was purposely booked strong for the sole purpose of making the belt mean more when HHH (at his most politically ruthless) got it back later that year.  After Randy beat Benoit for the title, what happened the next night on Raw?

a) He forfeited it to HHH, the leader of Evolution
b) He bragged about it in a promo, as HHH snickered in jealousy to plant the seeds for the eventual turn
c) He left Evolution behind, telling them that he’s outgrown them and doesn’t need them anymore
d) Evolution threw a celebration for him, and then turned on him as HHH held his thumbs down

7. Randy began a feud with the Undertaker in early 2005.  As part of the hype, I recall a surprise appearance from a WWE legend who showed up to advise Randy not to take the Undertaker lightly.  The only problem was his voice was so raspy that the promo was hard to hear on both TV and in the building.  Didn’t matter, as Randy RKO’d him anyway.  Who was this?

8. Yet another Legend vs Legend Killer match took place at SummerSlam 2006.  Given his opponent, this was one match Orton wasn’t going to win, and in fact, he didn’t.  Which legend defeated Orton that night?

9. Skipping forward to 2013, before Seth Rollins was the choice of Stephanie and HHH to be the face of the Authority, it was Randy Orton.  He won the WWE title by cashing in his Money in the Bank at SummerSlam immediately after which wrestler had just won the title?

10. Towards the end of 2013, the brand split was done away with and the world titles were unified at TLC.  Whom did Randy defeat that night become the first WWE World Heavyweight Champion?