Austin Aries controls his own destiny

By OWW Contributor on September 25, 2014@owwcom 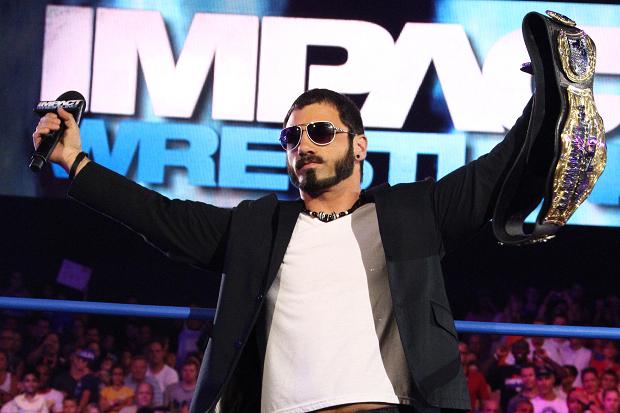 The Greatest Man That Ever Lived now controls his own destiny. It sounds like the opening plot in a Choose Your Own Adventure, but that is the reality after our special “NYC Gold Rush” edition of IMPACT. Austin Aries ran the table, defeating Knux in an awesome match and then moving on to win the 5-man final match. Now Aries has the option to challenge for any TNA title, anytime.

Don’t forget that Austin Aries is the originator of Option C, giving the X-Division Champion the ability to hand over his title and challenge for the TNA World Heavyweight Championship each year at Destination X. In fact, just two months ago, Aries did just that – handing over the X-Division title to face off against Lashley in a hard fought match. Will Aries use his NYC Gold Rush option to face The Destroyer one more time?

Perhaps the Common Denominator of Greatness wants another run with the X-Title? Could he use this opportunity to set up a dream match with Samoa Joe? Most recently, we’ve seen Aries in tag team action with Tajiri – could there be a possibility that he would partner up and challenge for the TNA World Tag Team Championships?

The good news is that he’s wasting no time! Austin Aries announced, just after winning the tournament, that he would make his decision on the next edition of IMPACT! Don’t miss IMPACT on October 1st to witness his decision!