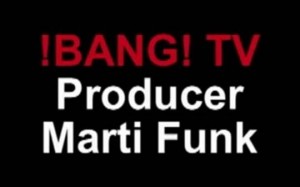 ECW is a phenomenon that will not go away just as the NWA World Heavyweight Championship will never be forgotten.

The Barbed Wire enclosure does not keep all 4 participants in the ring and does not serve as a barrier keeping the ECW Wrestling fans from having influence on the outcome as ECW Wrestling Fans fill the ring with more than 50 folding ringside chairs that virtually bury Rocco Rock and Johnny Grunge.