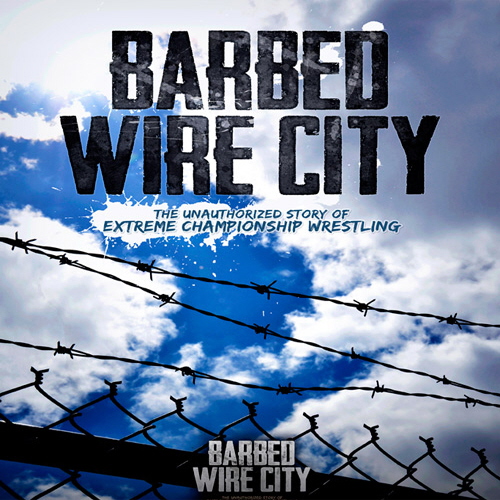 A personal tale about my viewing of Barbed Wire City

“The aim of art is to represent not the outward appearance of things, but their inward significance.”

So… I’ve fallen in love with this new show called Vice. It’s an hour and a half documentary show on HBO and as magazine creator Shane Smith puts it,”it shows the absurdities of the human condition”.  As a viewer you are able to develop a correlation between a condition in Northern Africa for example and something that is developing in this very country. It’s smart and edgy and I love it. In the story they usually tell the evil or at least the evil I see is someone who distorts the conditions of others for there satisfaction.

What I’ve learned in life is these people aren’t always evil. The further you are removed from a situation sometimes it is very easy to make decisions that have no consequence on your everyday life that you can feel. When shown the very consequences of your decisions it’s easy for those to simply shrug it off. Blame the current conditions that those below you find themselves in on that particular person and move on. There is always enough there to do that. Not everyone ends up the worse for wear.

Today, Kevin Kiernan and John Philapavage the filmmakers of Barbed Wire City showed me a part of me that I’ve never seen before. When I first became a fan of ECW I didn’t care for the violence. It was new and edgy and made the product feel real. When I first became a fan of Professional Wrestling it was all real. Then it became really silly. Extreme Championship Wrestling in 1996 when I first viewed it presented a real product using guys who were overlooked by the mainstream or would never be looked at. Shane Douglas really appealed to me because I remember feeling how underutilized he was in WCW. He and Ricky Steamboat had excellent matches with the Hollywood Blondes regularly yet Shane wasn’t really featured despite being a double champion.

February 13, 1993 I saw Shane Douglas and Ricky Steamboat wrestle the Hollywood Blondes live in Alexandria, LA. I was eight years old and Brain Pillman stuck his hand out and gave the recognition that I think any child would love to have from one of these super heroes.  As soon as my step father could lift me to the height required to be able to return the exchange Brain pulled his hand back. Rubbing his fingers through his hair and showing me that he was cocky and didn’t require my support. That was okay because the next team out was a good team as well and I really liked the fact that Steamboat changed his outfit almost every match he wrestled. I don’t know why that meant so much to me but it did. Ricky didn’t accept my support that night either. Shane Douglas did, twice. Maybe that’s why I’ve always been so partial to Shane. Even when he was clearly grasping at trying to extend his professional wrestling career past the point I thought he should.  XPW for example, I still supported him and I own most of those DVD’s still today. Today I look at Shane and wish I only had memories of him as an active performer. He never embraced an elder statesman role and still performs wearing a t-shirt and looks old.

The thing is when he and others were pushing the line forward and forward in ECW I paid more and more money to see it. I remember for a fact I bought Cyberslam 1997 on VHS because New Jack did a dive off a balcony. New Jack mentions in the movie he lost that match and did in fact confirm he did lose, but it didn’t matter. I thought it was cool a man would jump off a balcony.  I hoped when ECW came to New Orleans that New Jack would do that, or when Jack Victory and Tommy Dreamer had their scheduled scaffold match maybe someone would fall into 8 tables and it would look great.

Paul Heyman while not in the film is the center ring leader of the whole ECW story. He was the creative mastermind behind the very influential television show. I felt those portrayed in the movie felt like he was the one who was cranking the dial to go further and further toward the violence. It’s almost like a group of wrestlers felt in debt to Paul because of the financial and creative investments he had made into each character. Paul can come across as the easiest person to blame in the story for all of the deaths all of the damage on these men’s lives.

After seeing the film it is clear that the performers and fans in ECW had some amazing times and some had memories and experiences I’m sure they wish they wouldn’t have had. I am not responsible for the entire negative, but after watching the film I feel responsible for some of it.  This film taught me to really consider if what we view in professional wrestling is worth it. Now you can go too far and be anti-wrestling. There have been many many injuries in World Wrestling Entertainment which doesn’t display an overly violent style. I am not anti-wrestling by any means and performers are grown people and will do what their bodies allow them to do and they should. How much does your support of a performer as a viewer make you liable for their human condition?

The movie changed the way I look at my favorite pro wrestling company ever. That is what art is supposed to do.  The filmmakers do an excellent job at pointing out the absurdities of the human condition.

Related Itemsbarbed wire cityecw
← Previous Story What If? : Women’s Wrestling Edition #1
Next Story → Dusty Rhodes added to ‘Legends of the Ring’ on June 8, 2013