Between The Ropes Interviews SID! 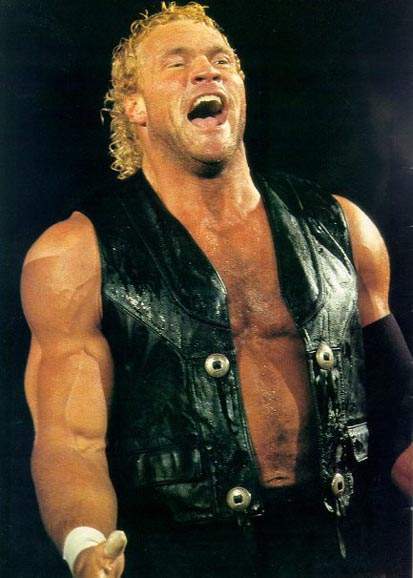 Between The Ropes
January 11th, 2008
Archived online at BetweenTheRopes.com

Former WWE and WCW World Champion Sid Vicious recently sat down with Brian Fritz of Between the Ropes to discuss Ric Flair, a possible return to WWE, and more.

Sid addressed the rumors regarding a return to WWE in the near future. “Well, honestly, I’ve left in in their court over there. I did a show up in Connecticut … actually, I was working with (Jerry) Lawler. Johnny Laurinaitis at the time was the talent coordinator for that company. Now I heard last week and this week as well that he no longer has that position. And all these are rumors, of course, and I don’t know anything to be one-hundred percent true, but I feel like he has been replaced and I don’t think someone would tell me that if it wasn’t true … Really, these talent people, they don’t have the say-so; it’s going to be Vince or whoever’s running the show. And I’m sure that they know I’m available and if they want to do business they’ll call me.”

Vicious spoke of his desire to become part of a booking committee when his active wrestling career is finished. “I talked with Vince about that a long time ago when I worked for him the very first time. My goal was to be in creative. When I was in WCW I worked in the office. I brought in Harlem Heat. I brought in Col. Parker. I gave them those characters. I helped them with interviews. I find that as challenging as doing it myself. And I’m not trying to toot my own horn, but it’s real easy to get yourself over when you’re able to get over and you know how to get over. It’s more challenging to try and get someone over who doesn’t know how to get over or doesn’t have all the tools you have. And it’s just as gratifying as getting over myself – maybe more gratifying. I’ve always wanted to be on that side of the deal, but now how things have changed … first of all, you have to realize that in every aspect of this business there’s going to be a lot of jealousy. I think if I was coming in as a creator, I’d have to have the same jealousy as an entertainer. And I don’t know if I could do it now, because I know I’m as smart – and probably smarter – than most people that are in that position right now. I’d automatically walk in with a cloud over me, because people want to see people that are good fail. So I don’t know with the business being the way it is if I would be able to do something like that.”

Sid says he has spoken with TNA, but he feels the company is unable to provide him with the opportunities he is looking for. “They called me a bunch of times. What I told them was this; I’ve really had to work to get back to where I’m at right now … To make money, you have to sell a lot of tickets to put people in seats. And I want to be in front of some really big crowds again. And not just ten or twenty thousand people, but I think I’ve got one or two shows left in me where I could get seventy or eighty thousand people in an arena. And you can’t do that with TNA. And you’re never going to be able to do it with TNA. Now, if it was just for the money … but it’s not just for the money. One is for the money and the other is for self-gratification. I know what I’m worth and I know what I’m capable of doing, and I’d really be handcuffing myself to work for TNA.”

Sid also shared his feelings on Ric Flair. “I have to commend the guy. For anyone who has worked so hard as he has done pretty well for himself inside the business. He hasn’t done very well outside the business. But he’s one of those people who had to stay in the business until he’s sixty years old, because he’s never saved any money. But you have to take your hat off to the guy for being able to take that physical wear and tear as long as he has. I would not want to be in the ring looking like he does, but if I could stay seriously in shape I would like to work until I’m sixty as well.”

Vicious stated that he only wishes to wrestle for another two or three years before possibly transitioning to the creative side of the business. However, Sid seems very pleased with how his career has played out overall. “In the last ten or fifteen years in this business, not many people have been as successful as I have. I’ve had successful runs everywhere I’ve went. Almost as long as I’ve been in the business I’ve been successful … Anytime where I’ve been put in the position where I could be successful, I have. And I’ve been more successful than Hulk Hogan, Steve Austin, Rock, and all those guys. Those guys right there I just mentioned only had one great run. They didn’t have a bunch of good runs, they only had one. And that’s the difference between me and a lot of different people.”

You can hear this interview in its entirety – including Sid’s thoughts on comedy in wrestling, plenty of in-depth discussion on the severe leg injury he suffered while performing on the WCW Sin Pay-Per-View in 2001, and more at www.BetweentheRopes.com. Between the Ropes can be heard Wednesday nights online and archived at BetweentheRopes.com twenty-four hours a day.