Home / Podcasts / Between The Ropes with Matt Morgan

Between The Ropes with Matt Morgan 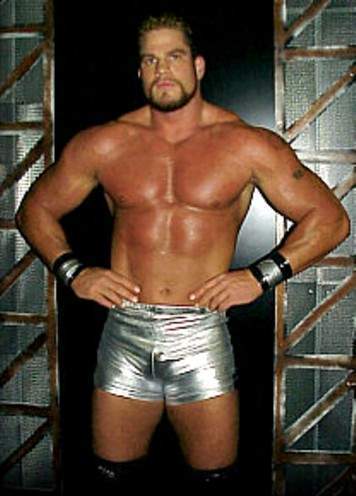 Simulcast online at BetweenTheRopes.comOn Tuesday night, June 10th, TNA Wrestling’s Matt Morgan joined hosts Brian Fritz and Vito DeNucci live on Between The Ropes on ESPN Florida AM 1080 and AM 1060 to discuss his upcoming role on American Gladiators, how he broke into the business, what he does to separate himself from the other big men in wrestling, and much more.

The interview started out with some talk about Matt’s newfound bit of celebrity as an upcoming cast member on American Gladiators. Matt said he has had a phenomenal time promoting the show out in Los Angeles recently and that many of the entertainers he’s met have known who he is from his work in TNA.

Matt was then asked about his thoughts on Kevin Nash since they are both large wrestlers who also have a great deal of athleticism and charisma. Matt agreed that Nash was a good guy to compare himself with and credited Nash for helping make wrestling cool again. “The way he would talk was so calm, cool and collected. He wouldn’t have to scream or go overboard…he came across as such an intelligent guy. I always wanted to pattern a lot of the way I spoke and carried myself on him, but at the same time do it differently by showing some of my athletic prowess when I could do so.”

Matt then talked about his intro into the business. He said that it was in his sophomore year of college when he realized he really wanted to become a professional wrestler. He then told a funny story about his earliest experience with a promoter. “I met a promoter out there who really wanted to get me started in the business. It was called Pro Wrestling Hawaii, it was a little operation in Hawaii. In between basketball seasons I’d go out to Waikiki Beach, right on the beach, and this guy was going to show me how to lock up and how to wrestle and whatnot. I gave him $400 and then I never heard from the guy again.”

Matt also admitted that his height had helped him greatly in breaking into the business. “In some aspects that’s the sad reality, that some of these guys would give up their left arm to do what I do. But don’t think for one second that I wouldn’t do the same..After seven years in the business I’m still watching tape and I’m still in my bathroom cutting promos in front of the mirror, I’m still working on hook lines to improve myself. If I didn’t then that would make me just another one of these vanilla giants, but that’s what separates me from the other giants, I don’t stop working on these things.”

When asked to follow up on his comment about watching tapes to improve himself Matt said that he watches a lot of Undertaker and early Kane videos in addition to Ernie Ladd, Andre the Giant and lots of other Japanese big men. Matt discussed the importance of working smart as a big man, saying that just because he can do a 450 splash doesn’t mean he should. Matt stressed the importance of saving those moves for the right time since “there’s no reason to throw the kitchen sink at the fans right away.”

After a little more talk about American Gladiators and how over the top his Beast character will be on the show once he debuts the interview wrapped up with Matt putting over the next episode of TNA Impact, saying that it will be a great show for fans of real pro wrestling.

To listen to the entire Matt Morgan interview, including his thoughts on selling for smaller wrestlers and what it’s like working with Gina Carano on American Gladiators, as well as the entire June 10th edition of Between The Ropes in streaming audio, visit the show online at http://www.BetweenTheRopes.com. In addition to listening to this weeks show you can become a site member and access hundreds of previous Between The Ropes shows and interviews. Join us for Between The Ropes for two hours every Tuesday night at 6:00pm ET on ESPN Florida AM 1080 and AM 1060 and worldwide on BetweenTheRopes.com.