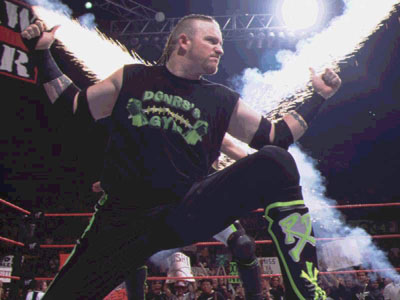 If you missed the Tuesday May10th edition of the Online World of Wrestling Radio with host Alan Wojcik and contributors Spug & Mase, here are the highlights:

***The program was opened by a 100% free to the listener’s interview with former WWE and TNA star BG JAMES who will be part of Saturday’s Tribute to the Fairgrounds 2: Tag Team Warfare held at the Tennessee State Fairgrounds. BG spoke candidly about inducting his father “Bullet” Bob Armstrong into the WWE HOF, working in WWE, the best rib he ever pulled on co-workers, serving in the original Gulf War, his feelings on the demise of Osama Bin Laden, his opponents on Saturday (“Dangerous” Doug Gilbert & “Wildfire” Tommy Rich) and being extremely open about Scott Hall and BG shared his own battle with substance abuse. This is a CANNOT MISS INTERVIEW!! Be sure to follow BG on Twitter @BGRoadDoggJames.

Thanks to Lekisha Oliver-Burdine of Examiner.com and Marcus Pastorious of Southern Wrestling for setting this wonderful conversation up.  Tickets for Saturday’s huge event are available by visiting www.sawfairgrounds.vze.com or by calling 724-355-3172 begin_of_the_skype_highlighting or available at the door. VIP seats are $15 and general admission seats are $10.

***In what was a one-time endeavor to mark his one year as the host of Online World of Wrestling Radio, Alan shared for the final time how things went down after the 50th episode of the program that led him to even be the host. Alan regretted having to do it but forces from outside the program made him feel he needed to share.

***Despite the objections from the contributors, Alan covered last Thursday’s TNA Wrestling iMPACT program that will be renamed this week. Previewed Sunday’s Sacrifice PPV and the debuts/returns on Thursday’s program.

http://wildtalkradio.com/oww/owwradio051011.mp3 is one way how you access the archive of THIS show. Click it you know you wanna!! You can also get this and other past shows, by logging onto www.clickwrestle.com/podcasts/owwradio. ClickWrestle Video On Demand is also home to thousands of matches from around the globe. The show can also be found on iTunes http://itunes.apple.com/us/podcast/oww-radio/id334739148?ign-mpt=uo%3D4. Best part it’s FREE!!