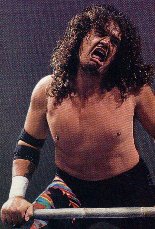 If you missed the Tuesday May17th edition of the Online World of Wrestling Radio with host Alan Wojcik and contributors Phil Strum & Kevin Scott, here are the highlights:

***The program was opened by FOUR 100% free to the listener’s interviews. First up the founder of the New England Pro Wrestling Hall of Fame Mr. Joseph Breun who talked about the genesis of the HOF, this weekend’s event in East Providence, RI and much more. http://nepwhof.weebly.com/index.html is where you can find the entire list of honorees and Fan Fest information.

***Guest #2 was former Samoan Swat Team/Headshrinker member Samu who will be inducted into the HOF this weekend. Samu fielded questions on his career that spanned from WWF, the Montreal territory, World Class, NWA and back to the WWF. Along the way we got some interesting & sometime hilarious stories about working with Paul Heyman, the Road Warriors, the Steiner Brothers, the Smoking Guns and the late Yokozuna.

***The show shifted gears to talk about the Absolute Intense Wrestling “Todd Pettengill Invitational” held this Friday & Saturday in Lakewood, OH. First up the “Megastar” Marion Fontaine who opened up about an incident with an internet journalist, his “exclusive interview” with Todd, his first round opponent Colt Cabana, the legacy of his well coifed moustache, who would be a dream tag team partner and who he does NOT wish to face in the TPI. Be sure to LIKE Marion on Facebook.

***The interviews wrapped up with the “Filipino Flex Factory” Shiima Xion who opened up on his regrets about his name choice, being wrestling’s first Filipino male model, working this year’s ECWA Super 8 event, being part of the Evolve promotion, being a regular of IWC (Pittsburgh based promotion www.iwcwrestling.com for info), his love of Glam Rock and his opening round opponent former WWE star Paul London.  We want you to LIKE Shiima on Facebook and FOLLOW him on Twitter @ShimmaXionSucks
For all the information on this epic event, log onto www.aiwrestling.com and check the event out on Facebook.

***Following a commercial break, Phil Strum of the Poughkeepsie Journal and Kevin Scott joined Alan to recap the rebranding of TNA Impact to Impact Wrestling which included the arrival of Chyna plus the returns of Mick Foley and “Wildcat” Chris Harris, Sunday’s Sacrifice PPV matches & the rumors coming out of the Impact Wrestling taping sessions.

***The topic shifted to WWE Monday Night Raw & Friday Night Smackdown as the promotion gears up for this Sunday’s Over the Limit PPV event. Phil & Kevin offered their unique views on the two huge injuries that came off the Tough Enough program & much more.

***Phil’s blog Under the Ring can be found on the home page of www.poughkeepsiejournal.com & on Twitter @UndertheRing while Kevin can be FOLLOWED on Twitter @Kevin_K_Scott
***Our soundtrack for the evening was provided by the once great Guns N Roses. Alan announced barring a major incident, next week Online World of Wrestling Radio will have on Pro Wrestling Guerrilla star Joey Ryan and former WWE/UFC World Champion now turned author BROCK LESNAR!

http://wildtalkradio.com/oww/owwradio051711.mp3 is one way how you access the archive of THIS show. Click it you know you wanna!! You can also get this and other past shows, by logging onto www.clickwrestle.com/podcasts/owwradio. ClickWrestle Video On Demand is also home to thousands of matches from around the globe. The show can also be found on iTunes http://itunes.apple.com/us/podcast/oww-radio/id334739148?ign-mpt=uo%3D4. Best part it’s FREE!!

Online World of Wrestling Radio is hosted by Alan Wojcik (http://alanwojcik.tripod.com  for credentials) with contributors from across the wrestling world and the most important people, listeners like you joining in the chat room and on the air!! No opinions are too outlandish (just try and stay on topic)  The show airs Tuesday nights 9pm until we run out of stuff to talk about on the Wild Talk Radio network. The links to listen live can be found at www.owwradio.com and www.wildtalkradio.com .
We are all over Facebook! Search for Online World of Wrestling-OWW Radio and LIKE us! Be sure to check out all the other Online World of Wrestling pages too including Alan’s Facebook. Got a question for Alan, an opinion on the show or wrestling as a whole, write to [email protected]  Follow Online World of Wrestling on Twitter @OWWCOM, Alan @MyNameIsWojcik, Spug @Tapout2KO, Mase @TheMaseThing and @Wildtalkradio