Big Divas match signed for Hell in a Cell 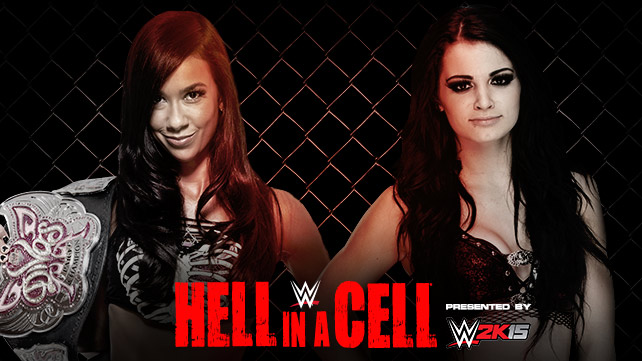 Photo and article courtesy of WWE.com:

AJ Lee and Paige’s fierce tug-of-war over the Divas Championship continues, as the upstart Divas will clash again at Hell in a Cell.

After Paige lost the championship to her “frenemy” in a Triple Threat Match also involving Nikki Bella at Night of Champions, she looks to win the title for a third time, the number of reigns that AJ currently possesses.

The rivalry began on Raw the night after Wrestlemania 30, when Paige scored a shocking, and quick, upset victory over AJ, ending The Black Widow’s record-setting 295-day reign as Divas Champion. Tension rose on the June 30 edition of Raw, when AJ made short work of Paige to regain the championship. The Diva of Tomorrow defeated AJ for the title again at SummerSlam, only for AJ to regain the title at Night of Champions.