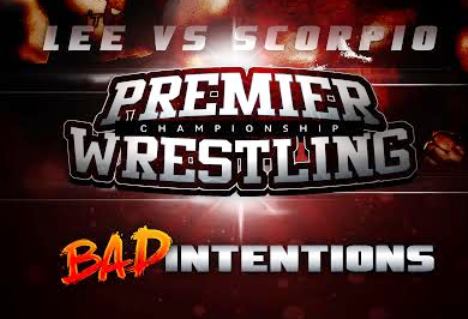 Thank you once again to the rowdy crowd that attended PCW’s BACK 2 SCHOOL BASH. For those of you who missed it, here’s the recap!

MIKE ARNOTT escorted ZACK MERCURY to the Ring. After explaining that the PCW Heavyweight Champion Steve Corino, “Mr. Wrestling 3” “King Of Old School” was not going to be in attendance until a suitable opponent had been found, Arnott explained that the 6’6″ 260 lb monster Mercury was here to act as the representative to the PCW Champion. “The Road to Corino goes through Zack Mercury,” Arnott declared.

In short order Mercury disposed of the debuting GREG AVRIDGE and the masked luchadore EL LOCALLE in separate matches.

After Intermission the “Social Media Superstar” JAY WALKER made his presence known and after announcing that he would be challenging for the Canadian Title on September 25th that he was ready to take on all comers “Right here, right now.” The man to answer the challenge? 19 year veteran and 300 pound brawler “OUTLAW” ADAM KNIGHT.

After a wild brawl that saw liberties being taken inside the ring and out, Walker’s repeated attack to the clearly distracted “Outlaw” proved to be too much for the travelled veteran. Unable to hold Walker up for a power bomb, the Outlaw turned into a Pedigree followed by the “SkyWalker Elbow Drop” and succumbed to the “Social Media Superstar.”

The main event was a classic. 2 graduates of Lance Storm’s prestigious wrestling academy JACKIE “THE JET” LEE took on ALIX VANNA in a match designed by PCW Officials to be a “Star Making Opportunity.”

Both men delivered. In spades.

Putting life and limb on the line in and out of the ring, Lee and Vanna exchanged holds, brutal strikes and more in a 20+ minute match more than worthy of being called a Main Event.

In the end, Jackie Lee was victorious and will be facing former champion ANTONIO SCORPIO at PCW’s BAD INTENTIONS on September 25th!

Thank you once again to everyone in attendance and we look forward to seeing you Next Month! PM us NOW to reserve your table, arrange for Advance Tickets and Party Plans!!!