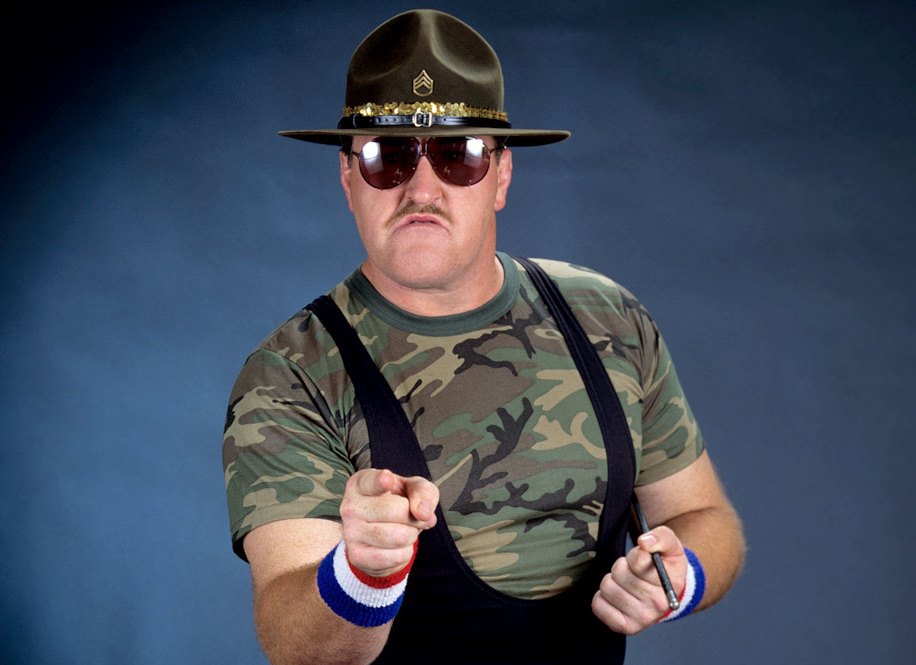 Ten hut! Stand at attention, maggots, and give me … a hell yeah? The Class of 2016 for the Pro Wrestling Hall of Fame has been announced and two of the biggest names are Sgt. Slaughter and “Stone Cold” Steve Austin. But perhaps the bigger news is that the PWHF is moving to Wichita Falls, Texas.

This is the 15th induction class for the PWHF, which had been based in Amsterdam, New York; for the first few years, it was in Schenectady, NY.

“The PWHF will close its doors to the public at the end of November and start packing memorabilia to be displayed here in Texas,” said Tony Vellano, the man behind the PWHF since its inception. “We have been negotiating since February and kept it quiet until today.”

The new building is in the middle of downtown Wichita Falls.

“It was time for the Hall to grow, and I think this is the place,” said Vellano, who will be stepping aside from his PWHF duties in favour of a board of directors comprised in part of community leaders. “I was and am very careful where I wanted to go, and I am comfortable this is it.”

Read the rest of Greg’s great article here…which includes a look at the other 2016 honorees!