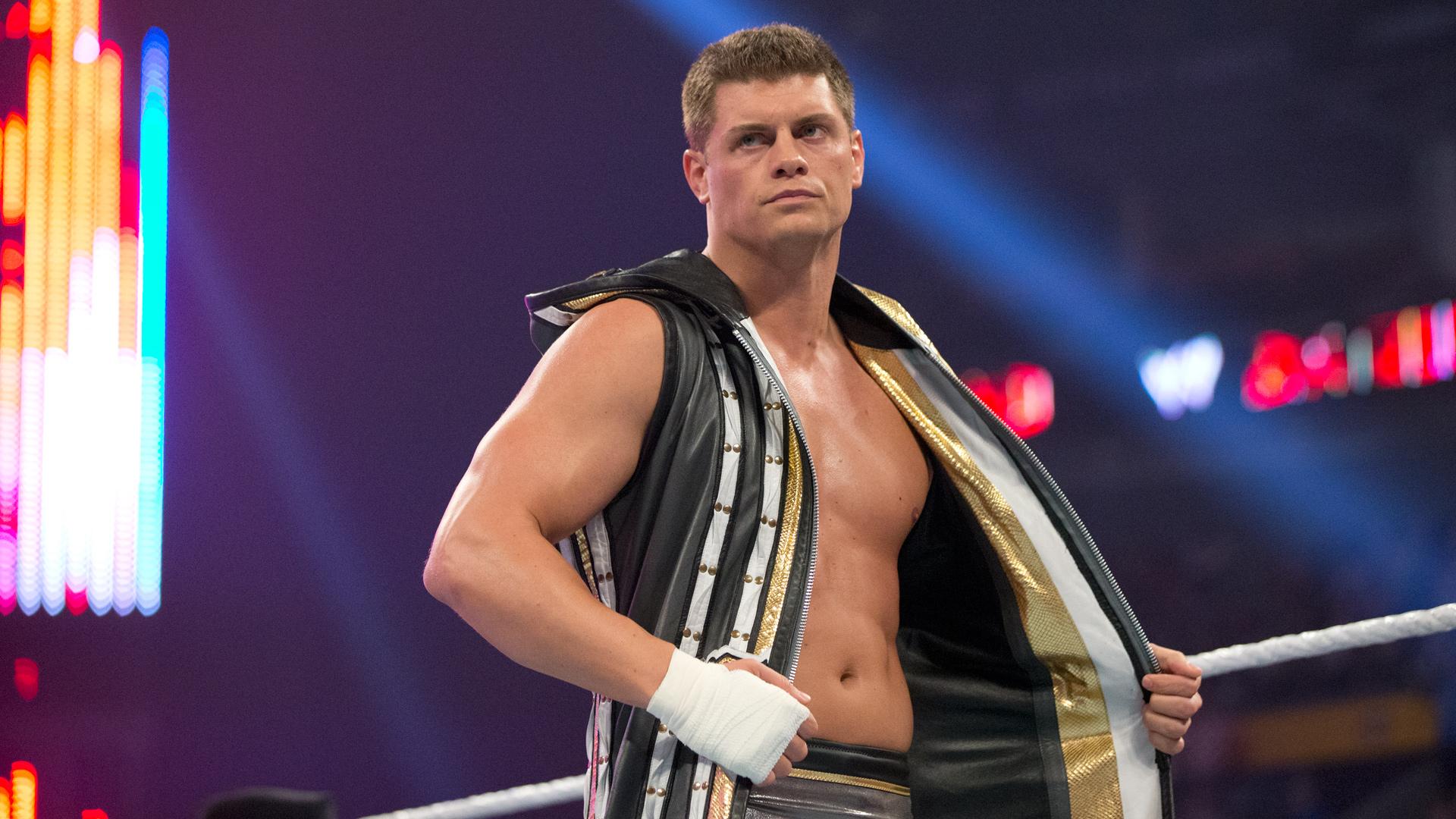 WWE has come to terms on the release of Cody Rhodes as of today, May 22, 2016. WWE wishes Rhodes the best in all his future endeavors.

As noted, Cody Rhodes has been granted his release from WWE and he is now gone from the company.

Cody issued this statement on Twitter and talks about how he pleaded with WWE creative, Vince McMahon and Triple H for him to give it another run as Cody Rhodes, instead of Stardust.

Cody goes on to say it’s never been about the money for him and that this is not a goodbye. 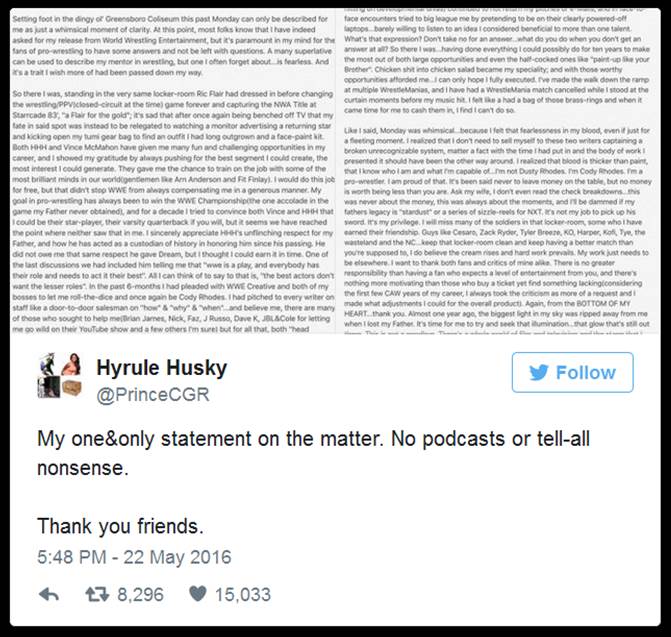