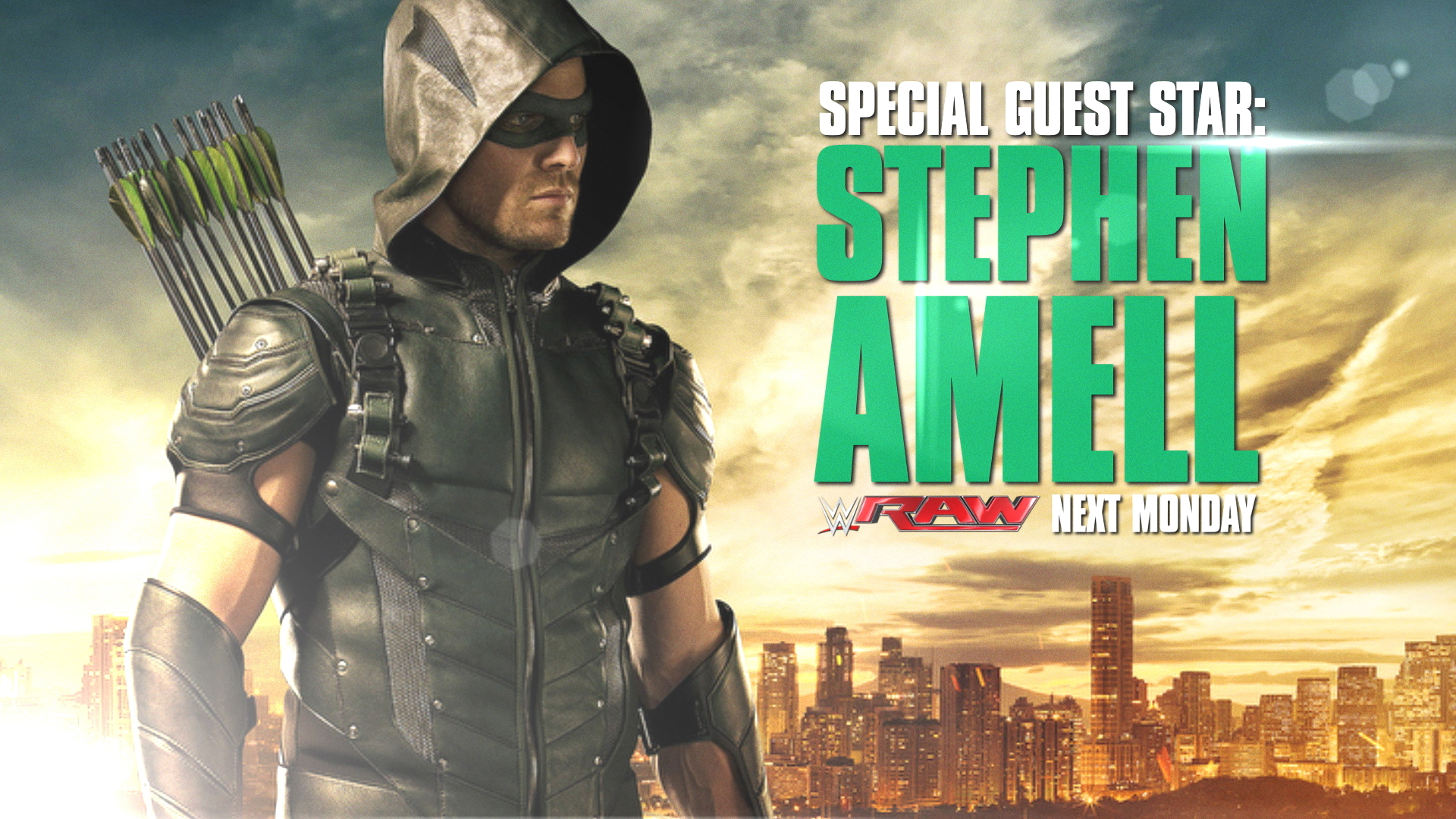 Actor Stephen Amell, who plays the title role on the hit series Arrow, will guest star on WWE’s Monday Night Raw next Monday, August 10, at 8/7C on USA Network.  After several visits to Monday Night Raw, Amell will be appearing as a guest star for the first time.

Based on characters from DC Comics, Arrow tells the story of billionaire Oliver Queen who, after being gone for five years and suffering unimaginable ordeals, returned home to Starling City with a mysterious agenda and a set of new skills that he uses in a war on crime as “The Arrow” in this hard-hitting action series.

Monday Night Raw is the longest-running, weekly episodic program in U.S. primetime TV history and is one of the most-watched, regularly scheduled programs on cable, airing live every Monday night on USA Network.  Each week, it is rated one of the most socially active shows on cable television and continues to be a “must-stop” for celebrities to reach WWE’s TV audience and its more than half a billion social media followers.