Home / Miscellaneous / Big Vito Saddened by the death of ex-wife

Big Vito Saddened by the death of ex-wife 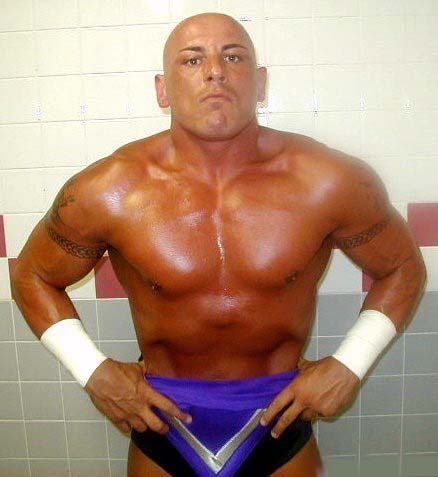 Tampa, FL: September 2, 2007 â€“ It is with deep regret that Big Vito shares with friends and fans of the death of Kathy Lo Grasso, his ex-wife and the mother of his four children. It was Kathyâ€™s dream to see him wrestle for World Wrestling Entertainment (WWE) which Big Vito was able to realize until the end of his contract with them in May, 2007. She was there from the beginning of his career and remained a constant support until her sudden death on September 1st, 2007 of cancer which has left Vito Lo Grasso and his family deeply saddened.

â€œShe had many friends in the wrestling world,â€ said Big Vito. â€œMy family appreciates the outpouring of support that has already been expressed. She was a kind, caring, amazing woman and will be missed by many.â€

To express your condolences or for further information, please feel free to contact the family at [email protected].

Vito LoGrasso is a professional wrestler best known for his work in World Championship Wrestling (WCW) as Big Vito and as â€œThe Toughest Man to Ever Wear a Dressâ€ for World Wrestling Entertainment (WWE). He has also wrestled under the persona of Skull Von Krush.