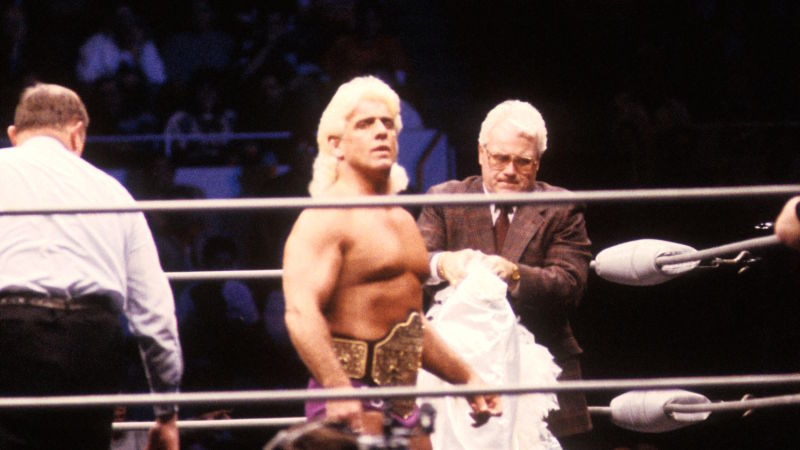 Depending on the specific argument you’re making, you might say that the National Wrestling Alliance, pro wrestling’s oldest governing body, ceased being relevant as much as 35 years ago. So it was definitely surprising last week when Billy Corgan (yes, that one) bought its remnants from Bruce Tharpe, a lawyer and promoter who won the rights to the NWA in a lawsuit a few years ago.

Originally formed in 1948 as a protection racket and marketing gimmick—one purpose was to eliminate confusion over the number of world champions in pro wrestling—the NWA in 2017 is little more than a loose affiliation of independent promotions that have to book a largely-unknown champion.

Corgan is, when he’s not doing Smashing Pumpkins things, a hardcore wrestling geek who’s been on the periphery of the business in some form for a long time. He turned down buying into ECW at a $10 million valuation circa 2001 and dipped his toes in the water with a Chicago-based independent promotion for a few years a decade later before an incredibly strange 18-month run with TNA (now Impact Wrestling) that ended this past October, when he sued them after an attempt to fund and take over the company went south.

The only sane explanation for the NWA purchase is that Corgan is going to start a wrestling promotion again, and this was a brand with history that he could get for relatively little money. In terms of the value of that brand, there really isn’t much left outside of Japan—and even there, it’s waning—but if Corgan wanted an existing name, it’s not like he had many other options.

Through the late 1970s, it was awesome, as promoter, to be an NWA member. The champion, usually one of the best performers and biggest drawing cards in the world, had to work for your promotion for 10% of the gate if you asked for dates on him. If someone tried to run opposition to you in your designated territory, other members would send in top stars to help push the rival “outlaw” group out. The mainstream promotions were either members or on good terms, with the biggest non-members—the WWF, AWA, Mid-South Wrestling—seemingly existing outside of the Alliance mainly to help stave off another antitrust investigation.

Related Itemsbilly corganFeaturednwa
← Previous Story The Undertaker: A Farewell
Next Story → The Resurgence of British Wrestling