Home / Indies / Are the Bloodbound Warriors ready to win the ECWA titles?

Are the Bloodbound Warriors ready to win the ECWA titles? 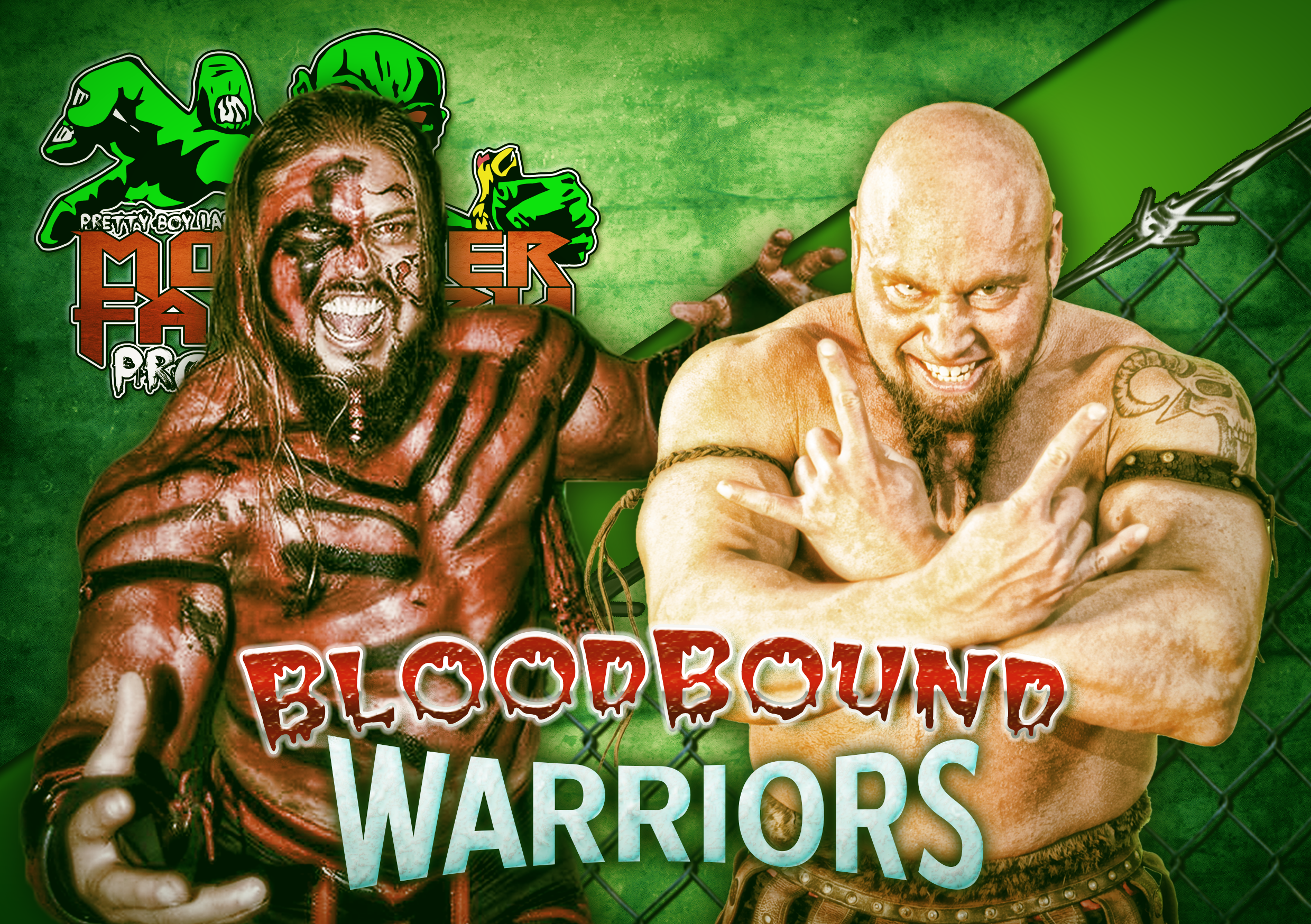 Tag team wrestling in ECWA has never been hotter than right now! With the ECWA tag team championships vacant, ECWA matchmaker Joe Zanolle decided to not only crown new champions in a tournament but crown NEW K-Cup champions as well! And it’s been a ride the ECWA fans have thoroughly enjoyed. They’ve seen amazing high flying moves and incredible feats of strength… a tag team that brought toy guns to the ring and another who battles as medieval warriors.

The matches were physical and fast paced as all eight teams looked to showcase their talents and advance to the next round. All this for a chance to etch their names in independent wrestling history and hold the storied ECWA Tag Team Championships. Black Wall$treet used their power to knock down and injure the Graysons. The Payne Brothers dominated Team America. Breaker Morant & Chris Wylde overcame a dysfunctional relationship from Mark Harro & Kao Storm. And the Bloodbound Warriors easily decimated the Dynamos.

A brutal round of intense action that left fans in awe. ECWA management wouldn’t have it any other way to decide new champions and kings of the mountain in ECWA tag team wrestling.

It’s all lead to the home stretch. Saturday, February 21 is WINTER CHALLENGE in the ECWA… a new event that decide who the NEW ECWA TAG TEAM and K-CUP CHAMPIONS will be!

Firstly is the Semi Finals. Both matches are power vs power. Whose brutality will overcome? Here’s a look at the match-ups:
Bloodbound Warriors (Greywolf & Red Scorpion) vs. Breaker Morant & Chris Wylde
The Payne Brothers (Chuck & Kyle) vs. Black Wall$treet

ECWA management will have to have security on high alert as these highly combustible  men step foot in the ring… there will be no quarter given and no love lost as it moves to see who the FINAL TWO TEAMS will be at the end of the night.

The Finals WILL TAKE PLACE the same night as the Semi Finals. Every team will look to end their matches quickly to conserve their energy for the biggest prize of them all… the ECWA Tag Team Championships and the K-Cup Tournament trophy.

Which team will reign supreme?

Don’t miss the biggest happening in tag team wrestling! The K-Cup comes to a roaring end at Winter Challenge!