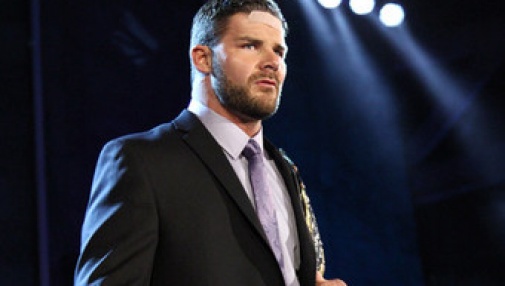 Ring Rust Radio had TNA Superstar BOBBY ROODE on the show this week, and it was a great episode with plenty of exclusive content.

Donald Wood: TNA’s Impact Wrestling has recently made the transition for Thursday nights to Wednesday nights at 9 p.m. ET. What are your thoughts on the move and TNA’s future on Spike TV and beyond?

Mike Chiari: You recently fell just short of winning the TNA World Heavyweight Championship in an entertaining, hard-fought match with Lashley. While Lashley’s title reign hasn’t been nearly as long as yours, how do you feel it stacks up in terms of overall dominance, and what is it going to take for someone to take him down?

Bobby Roode: I’ve only held the World Heavyweight Championship once but I held it for a very long time. I’ve held the Championship longer than anyone else in the history of our company. Lashley is the most dominant Champion our company has ever had. Sitting back and watching the matches he has had with our top stars like Austin Aries, Eric Young, Samoa Joe, Jeff Hardy, he dominated those guys. Those guys are no slouches either, they are the top guys in our company and some of the best wrestlers in the world right now. Lashley is definitely the most dominant Champion that our company has ever seen no doubt about it.

Bobby Roode: I’d like to say my passion and my love for the sport. Over time the business itself has evolved and changed almost seemingly every year. I’ve been able to adjust and change my style and adapt to whoever I’m in the ring with. Whether it’s a smaller, faster guy like an Austin Aries or a bigger guy like Lashley. I’m able to adjust my style and change with the times so to speak. I study a lot of tapes, I have a passion for the business, and I’ve always wanted to be the best ever since I got in the business. I have a love for this sport and just want to be the best in it. At the end of the day when I hang up my boots for the last time, I hope I have the respect from the other wrestlers and fans alike who enjoyed my matches and thought that I was one of the best.

Donald Wood: During your first run with the company’s championship, you became the longest reigning TNA World Heavyweight Champion in history. How did your run at the top impact your drive to return to that level?

Bobby Roode: I got into this business for one reason and I stayed in this business for one reason: To be the World Heavyweight Champion. I think if you are in professional wrestling and you don’t have that dream or aspire to be the best and carry that World Heavyweight Championship then you are in the wrong business. The first time around I got to experience a lot of things: I got to experience main eventing pay-per views, main eventing live events, main eventing television shows, carrying that title outside of the ring, doing a lot of media appearances, representing the company, and being the face of the company for 8 months. It’s something I look forward to all the time to be that guy and carrying the weight of the company. There is a lot of responsibilities being the World Heavy Weight Champion both in and out of the ring and it’s something I look forward to doing again.

Mike Chiari: TNA has recently placed a ton of emphasis on the tag team division with The Hardys, Team 3D and The Wolves vying for the tag titles. As a five-time TNA tag champ and formerly one half of Beer Money, does seeing these elite tag teams going at it and having great matches ever give you the itch to jump back into the tag team ranks even just on a temporary basis?

Bobby Roode: My main focus right now is being a singles competitor and being the World Champion. I love tag team wrestling and I came into TNA as part of tag team with Team Canada. Being a part of Beer Money was one of the greatest parts of my career so far. When James and I were part of Beer Money there was a lot of great tag teams we could run with. Looking back, teams like Motor City Machine guns, Main Event Mafia, British Invasion, Team 3D, there was a lot of great tag teams. Since that point the tag team division has fizzled until recently. The Hardys, Team 3D, and the Wolves coming off the Full Metal Mayhem match. It was such an unbelievable match and those guys put everything on the line and that definitely brings back some memories of tag team wrestling.

Donald Wood: You’ve had extended runs in both singles competition and in the tag team division. As a wrestler who has achieved the top titles in both divisions, which do you prefer and which has been more rewarding?

Bobby Roode: I think to me personally they both have positives and effects on my career thus far. To be able to be the best at tag team wrestling and an individual star it means a lot. As part of a tag team at the time in TNA, with such great tag teams and having the tag titles at that time with all those other teams around us meant a lot. I’d like to think James and I became one of the greatest tag teams of all time during our tenure together. Holding the World Heavyweight Championship is something that you can’t put into words and being able to hold onto it as long as I did is something that I’m extremely proud of.

Brandon Galvin: You’ve excelled as part of a tag team and on your own as a singles competitor. Do you approach or prepare for those matches or story lines differently and if so, could you explain how?

Bobby Roode: There’s not a lot of difference really. I’ve been doing this for almost 17 years now, little over 12 with TNA. I approach every match the same. Whether it’s a tag team, singles, 6 man tag, 4 way, whatever the case may be, I always mentally and physically prepare for matches the same so there is no difference.

Mike Chiari: There’s been a lot of speculation about TNA and what the future holds for it lately. As a guy who’s been with the company since 2004 and as presumably a locker room leader, do you ever feel a need to address the other wrestlers when a negative report comes out, or do you just kind of roll with the punches when that happens?

Bobby Roode: I guess in a way I could be looked at as a locker room leader. Unless someone comes up to me and asks me my opinion on something I don’t usually go and talk to anybody or say how I feel about things. I just try to focus on what my job is and my job is to go out there every week and put on great matches with great story telling and be the It Factor every Wednesday night now. With all the behind the scenes stuff and rumors it’s just that; rumors. As far as the locker room and I are concerned the negotiations are ongoing not only with Spike but a bunch of Networks. Every things a positive. There’s been nothing shown by Dixie or the TNA offices that would make us think that things are going to go bad. It’s been positive and our show on Wednesday night has reflected that positivity.

Brandon Galvin: Many people have considered you the franchise player of TNA. What does it mean to you to be recognized as such a talent and what type of pressure do you put on yourself to maintain such a status?

Bobby Roode: Lot of pressure on myself, I am my own worst critic. It’s a good thing I guess. I got in this business to be the best and I’m going to continue to try to be the best. If I am out there for five minutes in the ring or 30 second backstage interview or a 20 minute match I am going to try to make my segment of the show the best that it can be. I am a perfectionist like most everybody else in the business. I’m hard on myself sometimes but I always want to get better. I study tapes of guys and different wrestling all over the world and I always want to get better. I think that’s key to being the best in the business.

Donald Wood: You’ve had legendary feuds as a singles competitor with top stars like Kurt Angle, James Storm and Austin Aries. Are there any feuds or matches in particular that stick out as unforgettable moments in your career?

Bobby Roode: I’ve been blessed to have a lot of great moments in this company. Right off the top of my head the run with James in Beer Money being so successful is one. Taking a nothing tag team and turning it into something big is something that I will always remember. My matches that I had with Aries, I love working with Austin Aries and hope to work with him again someday. I think one of the things that sticks in my mind are the matches with Kurt Angle. In my opinion he is the best wrestler that has ever been pound for pound. He can wrestle, he can go every night, never had a bad match, he’s entertaining, and can do anything. I was able to go out there and compete with Kurt and stay at his level. I just really, really enjoyed our matches. I loved the professional wrestling aspect of it. It was a special moment being able to wrestle with Kurt and be on his level and have great matches.

Mike Chiari: TNA’s biggest pay-per-view, Bound For Glory, is going to take place on Oct. 12 in Japan. There’s a lot of intrigue surrounding the event now that TNA has announced the card, but your name is conspicuous by its absence. Can fans expect to see you added to the card? And if not, is there any disappointment on your end that you’re not part of it?

Brandon Galvin: It’s been nearly one year since you introduced the Roode Bomb as one of your new signature moves. Could you explain what goes into adding a new signature move to repertoire and why a wrestler may not look to add more?

Bobby Roode: Wrestling evolves all the time: Every day, every week, every year, and every month. You got to keep up with the times to be successful. You look at guys like Kurt Angle, he’s got the Angle Slam and the Ankle Lock. I’ve also incorporated a submission move and there’s different variations to my game now and making things more exciting. I was using the Payoff for a while and I just wanted to change it up a little bit. I wanted to make my moves more impactful and maybe a little more believable. Roode Bomb has been one of those things I added to my repertoire and has been working and I believe is starting to get over. The fans can recognize it and that’s one of the most important things. When fans can start to recognize your moves and you start to go for a move and the fans react to it that’s when you know it’s working.