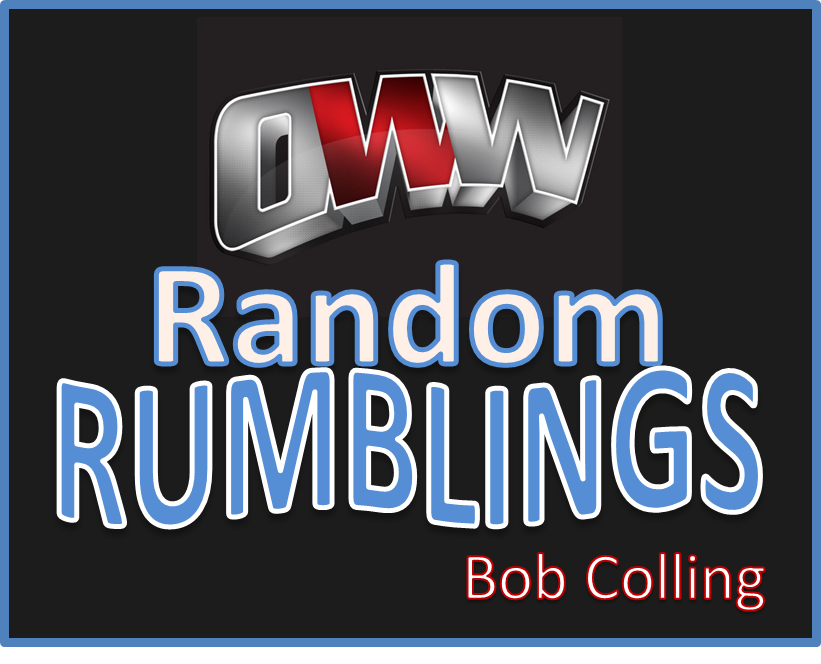 For the most part, there first show was not one to be remembered. The show featured a lot of unknown talent that I’m sure if I were to name most people would have no idea who they are today. Blue Meanie does take credit for being the first guy to bring over CM Punk and Colt Cabana to the East Coast. The main event for the first show saw Steve Corino make his only appearance for the company winning a three way dance against the Sandman and Steve Corino.

It would take the company three months before holding a second show on May 18th. Notably, the show featured a young Colt Cabana winning a match against Chris Hero, the Public Enemy returned to the ECW Arena defeating the young team of Christian York and Joey Matthews. The main event for the show ended in a no contest. The match was a three way body bag involving New Jack, Sabu and the Sandman.

They returned to action the following month on June 29th. The company continued to use younger talents new to the independent scene. Those men included Josh Daniels, who wrestled very similarly to Chris Benoit and a man named Rob Eckos (currently Robbie E in TNA). Public Enemy and the team of Axel Rotten and Ian Rotten had a tag match on the show, which was your typical hardcore fun and is probably the best the match had up to this point. The main event saw Sabu and Tod Gordon defeat the team of Sandman and Bill Alfonso. Alfonso ended up turning on Sandman at the event.

The biggest show for 3PW in its early existence came on August 24th when they held an eight man single elimination tournament to crown the first 3PW Heavyweight Champion. The tournament involved Joey Matthews, Christian York, Danny Doring, Blue Meanie, Gary Wolfe, Rocco Rock, Devon Storm and Chris Chetti. In the end, Gary Wolfe would become the first ever 3PW Heavyweight Champion when he defeated Christian York in the finals of the tournament. The main event of the show saw three legends collide when Kevin Sullivan defeated Dusty Rhode and Bam-Bam Bigelow. Oh, by the way, porn star Ron Jeremy made an appearance.

It took the company five shows to get a commentary team, which as much needed for the DVD releases. Sadly, Rocco Rock passed away prior to the next show on September 21st. 3PW named the show This Ones For You in honor of Rocco. The show saw the return of CM Punk and Colt Cabana to 3PW. Cabana won a match between the two. 3PW Heavyweight Champion Gary Wolfe won a quick match against Dead Man Walking. Abdullah the Butcher and Kevin Sullivan wrestled to a no contest. The main event saw Sabu lose to Syxx-Pac in what was the best match 3PW held up to this point without question.

3PW continued to honor Rocco on October 19th with a show named A Night For Flyboy. All the top names on the show were in the ring to pay tribute to Rock as Johnny Grunge gave a heartfelt speech regarding his bestfriend and tag team partner. The event was highlighted with NWA-TNA World Champion Ron Killings competing in singles action where he lost to Syxx-Pac. Curt Hennig made his only appearance for the company wrestling a losing effort against Jerry Lawler. The main event saw 3PW Heavyweight Champion Gary Wolfe lose the championship to Sabu. From top to bottom, this was 3PW’s best show.

November 23rd saw the debut of Matt Striker, who would have several memorable moments in the company later on. Joey Matthews has been on a winning streak as of the late few shows and is being presented as a major player for the company sooner rather than later. Ron Killings and Kid Kash had a good match which Killings was able to win. Abdullah the Butcher lost to Dusty Rhodes in a bull rope match. The main event saw 3PW Heavyweight Champion Sabu retain against Syxx-Pac, who noted that he had a spinal injury and apologized for his performance.

The final show for 2002 took place on December 28th. Dusty Rhodes, Ron Killings and Too Cold Scorpio no showed the event. Joey Matthews, Rob Eckos and Matt Striker formed an alliance with Matthews being the leader of the group. Syxx-Pac lost to Kid Kash on the event and revealed that he was once again not 100% and would not return to 3PW until he was 100%. Abdullah the Butcher beat Bam-Bam Bigelow in a falls count anywhere match. The main event saw Gary Wolfe regain the 3PW Heavyweight Championship defeating Sabu.

Bob’s Opinion:
There is no mistake that from an in-ring perspective 2002 was not a great year for the company. Like most companies, you have to try things out and see what works and what doesn’t work. They started off using a lot of former ECW guys, but towards the end of the year, it was apparent that 3PW was focusing more on the young guys they had, such as Joey Matthews.

I like how 3PW would bring in legends like Curt Hennig, Jerry Lawler, Dusty Rhodes and Bam-Bam Bigelow. Yeah, the matches are not good but having notable names help the shows.

Gary Wolfe as the 3PW Heavyweight Champion is something I can’t understand. He is best known for being part of the Pitbulls and was never presented well in a singles role. Honestly, every time I saw a main event involving Wolfe it lost a lot of creditability and interest from me.

It’s was at best an average year for 3PW, but they had a few bright spots involving Kid Kash, Syxx-Pac, Sabu and Ron Killings.

The best is yet to come for 3PW.