By OWW Contributor on January 5, 2017@owwcom 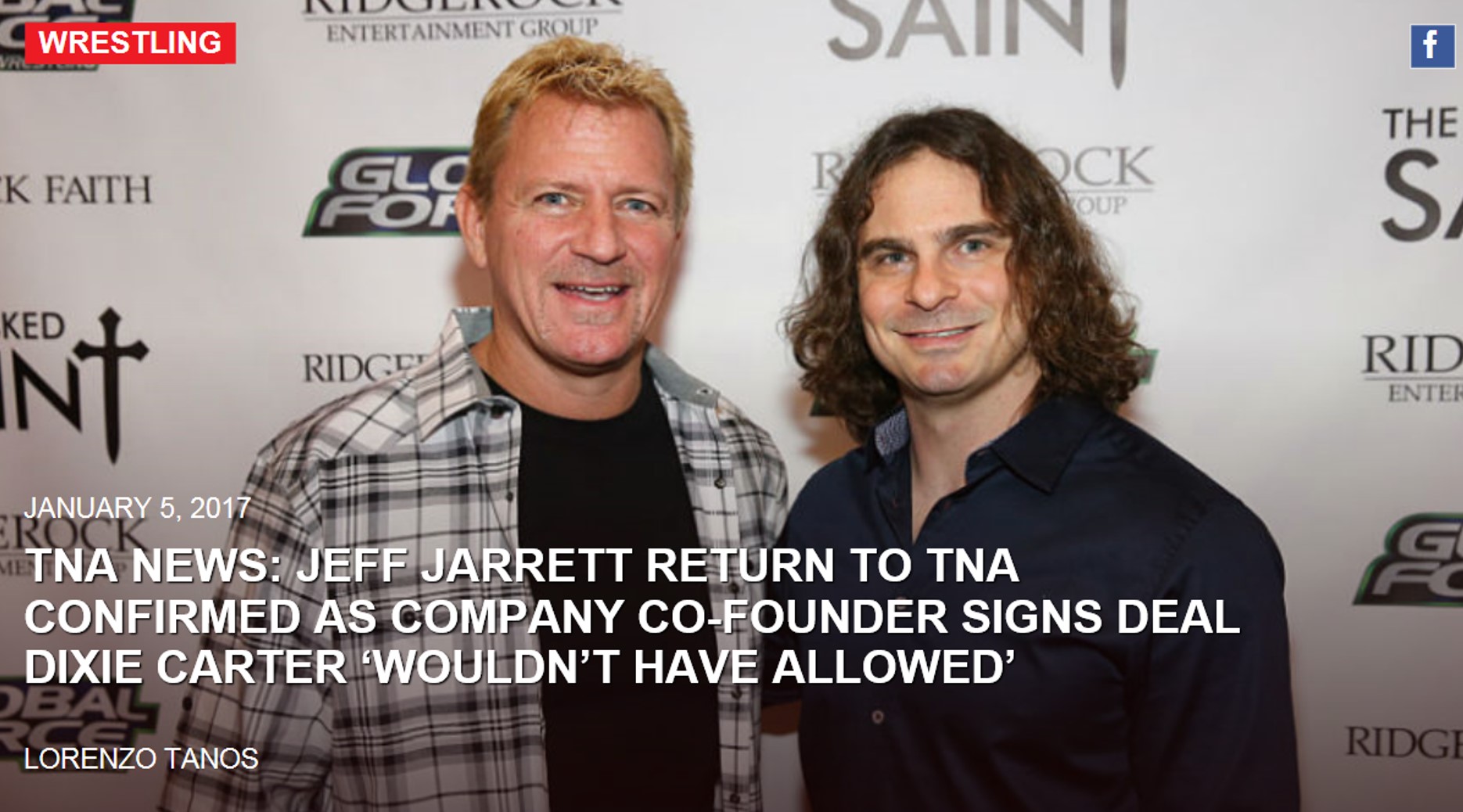 After weeks of speculation, it can now be said — Jeff Jarrett is returning to TNA Wrestling, a company he helped found in the early 2000s, but had left on less than favorable terms late in 2013.

Back in 2002, Jeff Jarrett was one of Total Nonstop Action Wrestling’s founders, alongside his father Jerry, and while the company had never come close to toppling WWE’s reign as the leading wrestling promotion in the United States, he had helped make it a viable alternative to a lot of fans.

Eleven years later, Jeff left the company on acrimonious terms, unhappy with how then-chair Dixie Carter was running TNA’s business. He had chosen to stay silent on the matter for a few months after his departure, but WrestleZone highlighted just how at-odds he was with Carter and TNA management at the time of his resignation.

“What makes the departure seem even more negative is the silence surrounding it. TNA doesn’t want Jarrett talking because he will say nothing positive. Something is wrong in Dixieland. There is never any more emotional or genuine words spoken than when a parent realizes their child has gone down the wrong path.”

Jeff Jarrett returned to TNA in June 2015 to promote a storyline feud between his former company and his new one, Global Force Wrestling, but had left again in September after selling his minority stake in TNA to Panda Energy, the promotion’s then-parent company. Pro Wrestling Torch confirmed this move, adding that it was done as part of an agreement to have Jarrett appear on Impact Wrestling and promote the TNA vs. GFW feud that summer. That had seemingly marked the end of Jeff’s relationship with the company he and his father started, but rumors started swirling late last year about Jarrett and TNA being in talks for a potential return to the company.

Now, it looks like the rumors have just been confirmed. A new report from PWInsider has confirmed that Jeff Jarrett is returning to TNA, after what appear to have been productive talks with TNA’s new owner Anthem Media. It also appears that he will be present at this week’s Impact Wrestling tapings, together with wife and wrestling personality Karen Jarrett.