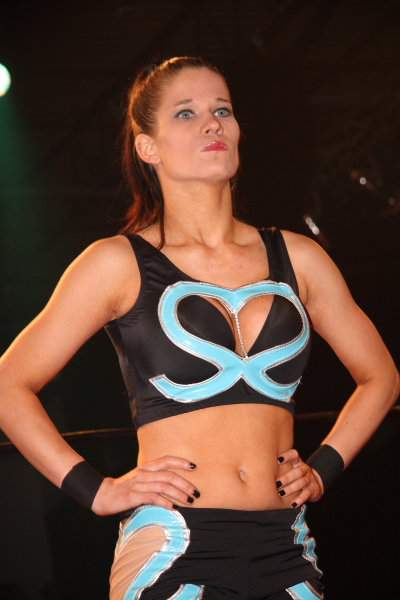 When Sassy Stephanie debuted with WSU on 10/3/09, it was hard to tell if Sassy Stephanie would remain a regular on the WSU roster. After all, Stephanie went 0-2 that night, losing to the likes of Cindy Rogers & Amber O’Neal. However, Stephanie plowed through, and returned on 3/6/10, only to be defeated by Angelina Love, in a match that many critics called one of Stephanie’s better matches. While sporting an 0-3 record at this time, Stephanie seemed to gain confidence and started to plant her seeds in WSU.

Stephanie went on to participate in an 8-woman tag team match, with the stipulation being whoever made the final elimination for their team, would enter the Uncensored Rumble as the last entry. Stephanie went all the way to the end in that match, as it came down to her and fellow native Ohio star, Jessicka Havok. Havok may have dominated that match, but Stephanie went toe-to-toe with one of WSU’s baddest stars.

As a result of her good showing in that 8-woman tag match, Sassy Stephanie was granted a Spirit Title match at WSU’s first iPPV, “Breaking Barriers” in November of 2010. Brittney Savage, the WSU Spirit Champion, who has held the championship for the majority of the championship’s existence, had to use every trick in the book & get an assist from her Cosmo Club running mates to win the match. It took the Cosmo Club & Savage to defeat this young upstart.

When the Spirit Championship was first created on 8/14/09, the goal was to feature the best up and coming talents in all of womens wrestling. Brittney Savage, who has had more reigns, defenses and time with the championship than any other wrestler, has embodied that sentiment. While Savage has been Spirit Champion, we’ve seen Savage grow in WSU. Savage, who started off in WSU as a nervous “Brooke Carter”, shed her “girl-next-door” mentality, when she turned her back on WSU Icon Alicia. Ironically, the same day that Sassy Stephanie debuted with WSU on 10/3/09, was the same day that Brittney Savage denounced her Brooke Carter moniker, opting to wrestle under her real name of Brittney Savage. It was that day that Brittney said she would no longer please the fans anymore and she could no longer play a character. If you follow the career of Brittney Savage, it was also that day where we saw Savage grow into a bonafide player in WSU, where Savage would go on to win championships & create her own Cosmo Club stable.

Fast forward to 1/22/11, at WSU’s second iPPV “The Final Chapter”, Savage & Stephanie would meet yet again. After a heated moment backstage where the entire Cosmo Club tried to corner Stephanie, only for Alicia to help run them off, Stephanie & Alicia did battle against Rick Cataldo & WSU Spirit Champion Brittney Savage. The Cosmo Club & Alicia are no strangers to each other, and Alicia was excited at the opportunity to team with Sassy Stephanie that night. However, while Alicia has received all the accolades and praise from WSU fans & the womens wrestling world, it was Sassy Stephanie who dominated the match and forced Rick Cataldo to eat a “Kiss My Sass”, leading to the pinfall victory. 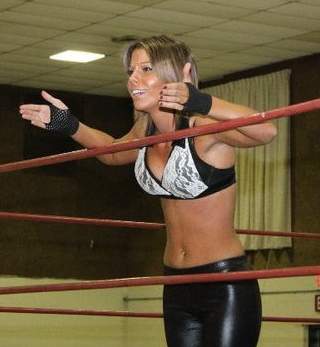 Savage, wanting no part of Stephanie, backed away after the match. Stephanie, feeling confident, told Savage that she’d be laying on her back on 3/5/11, at WSU’s Fourth Anniversary Show. Stephanie then raised the stakes by saying that Savage was probably used to laying on her back! Savage & Stephanie, which started as a normal champion vs challenger match back at “Breaking Barriers” has now gotten personal.

On 3/5/11 these two will face off one more time. Stephanie will have to worry about the Cosmo Club. Savage will have to wonder if all the momentum is on Stephanie’s side. Both wrestlers talked about this upcoming battle. As you can tell from the videos below, this match means the world to Sassy Stephanie, while Savage is treating Stephanie as another ho-hum walk in the park. However on 3/5 the womens wrestling world will find out who is truly the better of the two.

Here are the videos:

Fans are now talking about perhaps the biggest Spirit Championship match of all time on WSU’s facebook page. Feel free to join in on the discussion at Facebook.com/wsuwrestling

Thank you for reading