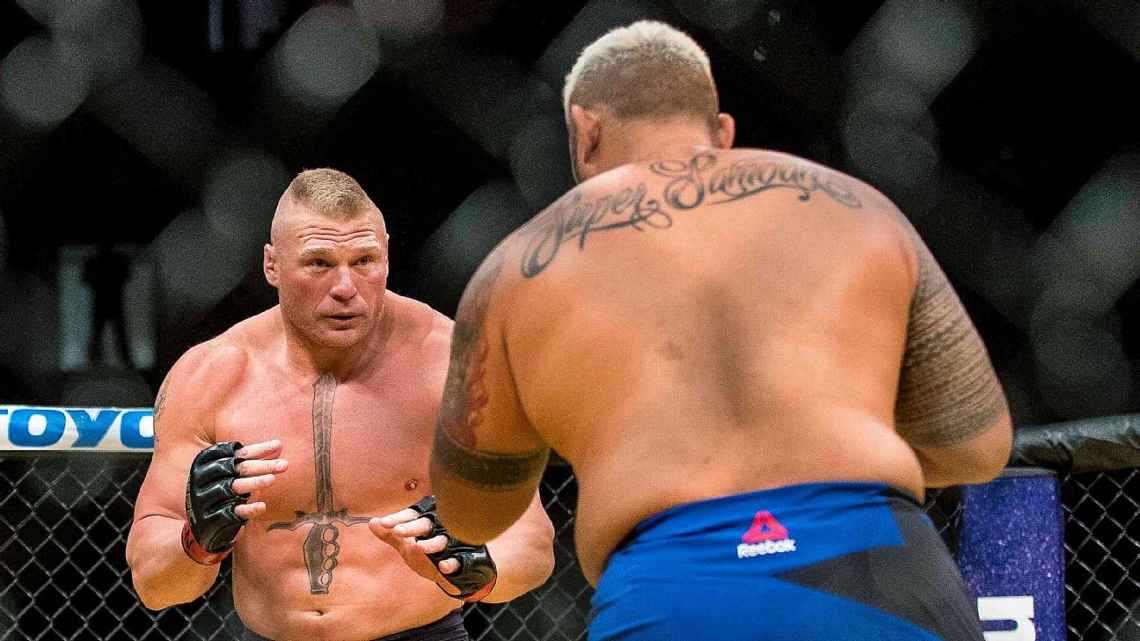 “Oh, man, it took me a little while to get acclimated,” Lesnar said. “Words can’t describe it. Thank you, everybody. Thanks so much.”

Lesnar, 38, stuck to his strengths against Hunt, who was ranked No. 7 in the world by ESPN ahead of the weekend and fought for the interim UFC title in late 2014. The WWE star alternated between keeping a safe, long distance from Hunt and shooting takedowns.