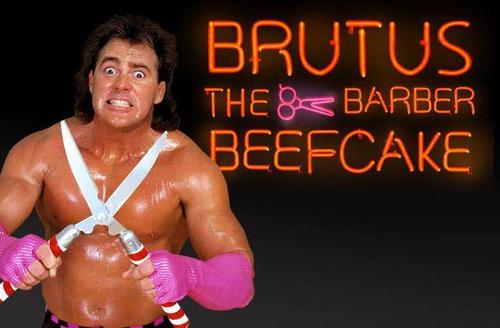 At WrestleMania IV in Atlantic City, NJ, Brutus “The Barber” Beefcake challenged the Honky Tonk Man for the WWE Intercontinental championship.  Would Beefcake end up “struttin’ and cuttin'” his way to the title, or would Honky Tonk Man “shake, rattle, and roll” his way to another victory?

Here is a cool video package looking at the rivalry between the two men that culminated with a title match on March 27, 1988.