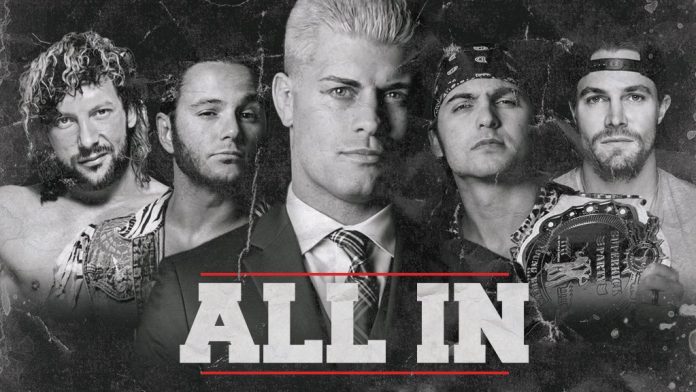 Throughout the course of Wednesday via Twitter and social media, several members of The Bullet Club began heavily teasing and promoting their upcoming self-financed event entitled “All In”, including Cody Rhodes, Kenny Omega, The Young Bucks, Marty Scurll, Hangman Page and even television actor Stephen Amell.

All the tweets mentioned September 1, which would imply that as the date for this event. Bullet Club has long since talked about wanting this event inside of a 10,000 seat venue with the goal of selling it out.

Cody Rhodes and The Young Bucks noted that the location of the “All In” event will be revealed on an upcoming episode of the “Being the Elite” YouTube series that The Young Bucks do on their YouTube channel.