Home / Behind the Scenes / CAC to honor the Romero Family

CAC to honor the Romero Family 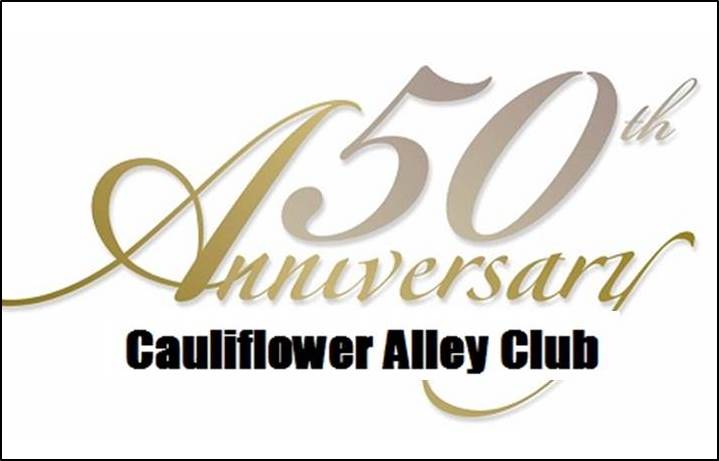 The Cauliflower Alley Club is proud to present the Romero Family with the CAC Family Award at the 50th reunion this coming April! Henry Romero and his sons Steven, Mark, and Chris all had significant careers in professional wrestling. Henry was better known as “Rapid” Ricky Romero, and his sons all wrestled using the last name “Youngblood”.

Chris and Mark Romero will be attending the reunion to accept this award!

Here is a brief snapshot of their careers, courtesy in part to Wikipedia.org:

Henry Romero (May 24, 1931 – January 15, 2006) was better known as “Rapid” Ricky Romero. Romero was best known for being a huge drawing card in the U.S. state of Texas during the 1970s. He wrestled in every major market between 1955 into the 1980s. Ricky tagged with the likes of Pedro Morales in the World Wrestling Association (WWA), Terry Funk and Nick Bockwinkel in the National Wrestling Alliance (NWA), and Rito Romero in the WWF. He got his huge break, when Dory Funk Sr. brought him into the Amarillo, Texas area during a time of segregation between races. Ricky Romero was the first Hispanic wrestler in the area and gained a fan given nickname “SuperMex”. In 1972 he beat Terry Funk in a most popular wrestler contest in Amarillo, was a top draw for Gory Guerrero in El Paso, Texas as well as for Fritz Von Erich in Dallas, Texas, and Paul Boesch in Houston, Texas. He was such a top draw in the Rocky Mountain area Colorado, New Mexico and Texas, that Dory Sr. invented the Rocky Mountain Title just for Ricky which he retired in the early 80s.

Ricky Romero as a singles wrestler, went up against the likes of Lou Thesz, Gorgeous George, Wild Red Berry, and Jack Brisco. Romero was also one of the first pioneers to work for Giant Baba and Antonio Inoki in Japan, wearing a mask as Mexico Grand’ as a heel. Ricky Romero retired as a professional wrestler in the early 1980s.

Ricky’s grandson is also a professional wrestler who used to wrestle under the name “Radical” Ricky Romero III until 2009 when he started using Ricky Youngblood, following the tradition of the rest of his family. On January 15, 2006 Ricky Romero died at the age of 74 after years of complications due to diabetes.

Steven Nicolas Romero (June 21, 1955 – September 2, 1985) was better known by his ring name Jay Youngblood. He wrestled in the National Wrestling Alliance’s Jim Crockett Promotions in a tag team with Ricky Steamboat. In addition, he wrestled with Florida Championship Wrestling and the American Wrestling Association. Romero started wrestling in 1975 in Amarillo under a mask and calling himself “Silver Streak”. He then moved on to Pacific Northwest Wrestling under the name of Jay Youngblood (a Native American gimmick). He wrestled in the National Wrestling Alliance’s Jim Crockett Promotions (JCP) in a regular tag team with Ricky Steamboat. Also in JCP, he was known as “The Renegade”. In 1982, Steamboat and Youngblood were feuding with Boris Zhukov, Don Kernodle, and their manager Sgt. Slaughter. Zhukov, then known as Private Jim Nelson, later betrayed his team in favor of Youngblood and Steamboat. The rivalry culminated in a match that attended by 15,000 people, where Slaughter and Kernodle faced Steamboat and Youngblood. In June 1982 in Maple Leaf Wrestling, Youngblood defeated The Destroyer to win the NWA Canadian Television Championship. He was later defeated by Private Jim Nelson for the title. Steamboat and Youngblood also feuded with the Brisco brothers.

Jay Youngblood went to Florida Championship Wrestling in September 1984 where he and Mark Youngblood captured the Florida version of the United States Tag Titles. In 1985 Jay also wrestled in Memphis, Mexico and for Pro Wrestling USA. On September 2, 1985, Youngblood died in Melbourne, Australia, while touring in the South Pacific. He may have ruptured his spleen in a match and had a series of heart attacks when rushed to the back, where he died at 30 years old.

Chris Romero (born 1965) is a semi-retired second-generation American professional wrestler who is better known as Chris Youngblood. He began his pro-wrestling training at the age of 13 and made his professional debut as Chris Youngblood in 1985. He started teaming with brother Mark in 1986 upon their older brother Jay’s death. Chris and Mark had success in the World Class Championship Wrestling, World Wrestling Council and also as The Tribal Nation in the Global Wrestling Federation and the United States Wrestling Association. In the USWA, Chris turned heel and wrestled for manager Skandor Akbar’s “Devastation Inc.” as Pronto, a mockery of his American Indian heritage. During this time Chris had a feud with a young up and coming Stone Cold Steve Austin.

Chris and Mark Romero (born July 21, 1963) had a very successful run in being one of the most popular tag teams in Puerto Rico’s World Wrestling Council and added numerous Tag Title reigns under their belts. The Romeros left WWC and went on to sign with Ted Turner’s World Championship Wrestling where he and Mark were known as “The Renegade Warriors”. The two were frequently used on WCW TV and had numerous feuds with the likes of the Steiner Brothers and the Road Warriors.

In the late 1990s Chris began using the name “The Visionary” Chris Romero. Chris completed many Japanese tours as a singles competitor where he gained victories over ECW’s own, Rob Van Dam. Chris later formed a Tag Team in Japan’s FMW with “Super” Leatherface. The team got notable wins over Tag Teams like Jado and Gedo, and Masato Tanaka and Tetsuhiro Kuroda. The two were constant top runners for the FMW Brass Knuckles Tag Team Titles until Chris went into semi-retirement in late 1999 due to an agonizing hip injury. Mark retired from wrestling in 1999.

Here are some classic moments and matches featuring the Romero Family: