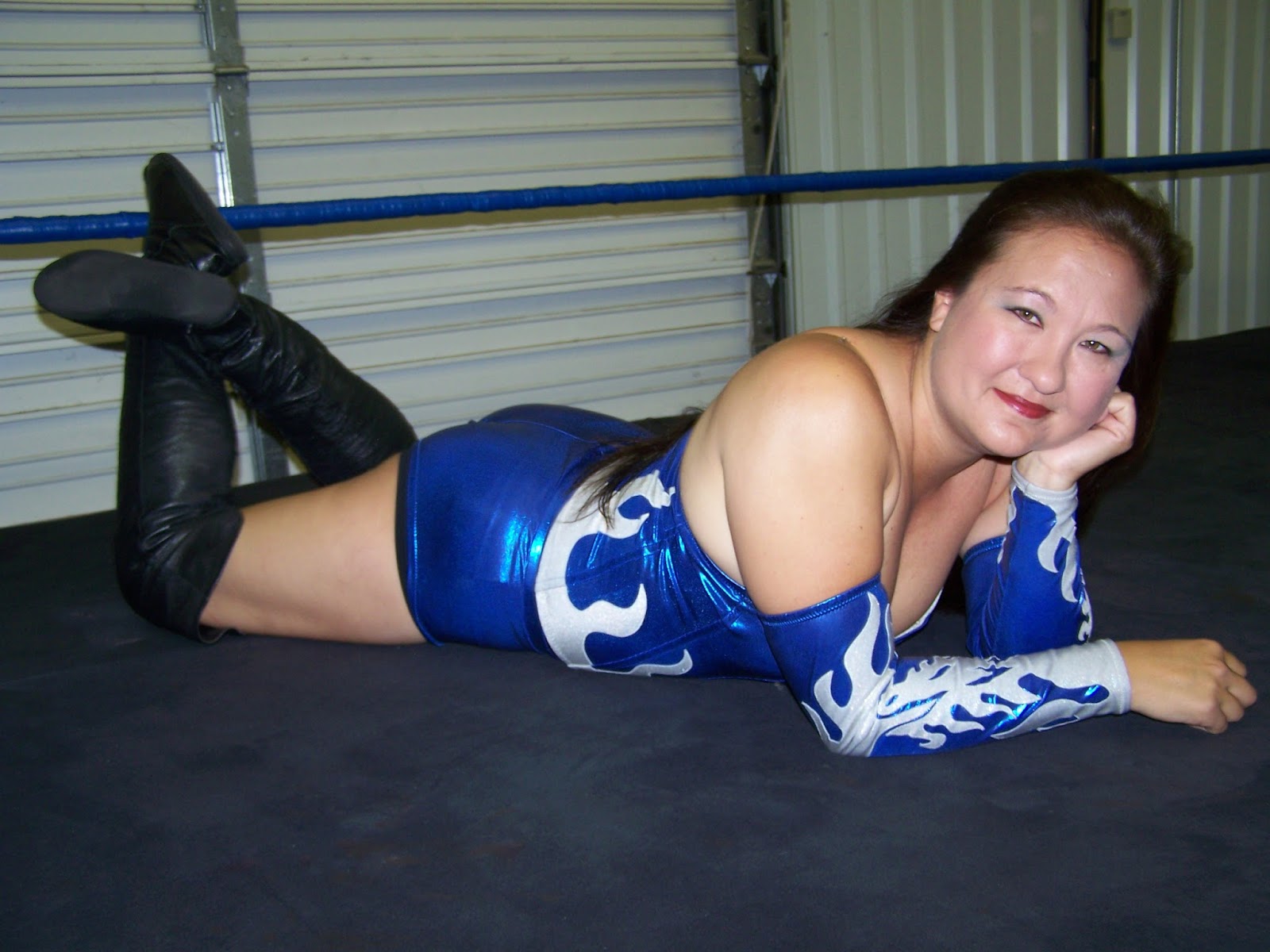 Malia Hosaka is being honored at the CAC’s 50th reunion celebration with a women’s wrestling award.  Here now are some questions that were asked of Malia as she reflects on her great career.  Thank you to Malia for sharing her thoughts with us!

Note – all photos were provided by Malia Hosaka.

What are some of your memories of your trainer, the legendary Killer Kowalski?

When I met him I was very young…he looked at me and asked why I wanted to be a wrestler. Kowalski was blunt and hard, but full of knowledge, he taught me to work with Misty’s girls, but he also taught me how to protect myself and my opponent, to have respect for my opponent’s body (unless they were a schmuck, he said)  and there were many times he adjusted my neck/back after a  long day of learning and getting dropped on my head. I still have the notebook he made us all keep to write down the names and instructions of moves, because he said he was giving us a crash course in the 2 weeks we were there and we weren’t going to remember it so write it down because he wasn’t repeating it

He also spoke of idols or good workers, to find a baby and a heel who inspired us and to take their fire/heat and learn from it.

Who were some of the women you were inspired by and tried to learn from?

Bambi (Selina Majors). She had an amazing comeback/fire spirit about her, when she made her comeback you could feel the energy and intensity. Luna Vachon, Debbie Combs – both were amazing heels in their own way, completely different styles.

Lei Lani Kai and Judy Martin – the best tag team I ever worked with, they taught me so much over the years of LPWA and I was blessed to be able to learn from them. All these women shaped the wrestler I became.

You made your in-ring debut in 1987 and then wrestled for many different promotions. How difficult was life on the road?

Very, I wasn’t that old, still in school and had illusions shattered about what I thought it would be like…it was hard to get bookings that covered expenses much less that paid, and because of school I was limited in the distance I could travel for the weekend. I learned a lot about life the hard way, had my naivety crushed out of me as the rose colored glasses were ripped off by people I thought I respected and liked…but Debbie Combs taught me to be tough and to stand up for myself, and when I wasn’t brave enough she stood up for both of us.

In ECW you wrestled Sherri Martel.  Sherri is considered one of the greatest females of all time. How exciting was it for you to wrestle her?

By the time I wrestled her there I had worked with her several times on the Indies, she was amazing!!!! I had fun working with her, and much like working with Luna, I never knew what to expect, I just followed where she led and learned so much along the way…I have never seen that match, I was brought in to replace Madusa…and it was the last time I worked there as well due to a difference of opinion let’s say, with Paul.

In 1996 you won the NWA World Women’s Champion by defeating Debbie Combs, one of many championships in your career.  Any title more special than the others?

WLW…When it was World Legion Wrestling, David, Karl, and Harley were some of the first to really see me as a champion and want to do a story/angle with me. Then when it became World League Wrestling run just by Harley, I was honored to represent his company. He was about the quality of the talent and show all together…I will always cherish the days I had under the 2 WLW logos.

How was your time in WCW?  Did you enjoy it?

Heartbreaking…I was the “go to” girl they called to put others over…I met some amazing people there, again, learned some hard lessons about trust, I can’t say I enjoyed it, but I don’t hate my time there either…it gave me TV time at its height against Madusa, I wish things could have been different, but it was my first time working in that type of an atmosphere and I just did as I was told.

During your time in SHIMMER you and Lexie Fyfe formed The Experience.  What made Lexie such a good tag team partner?

She was more politically correct and the “mother” of the den…our styles were vastly different, but she taught me to lighten up mentally and have more fun in the ring versus being the serious wrestler I had always been.

After retiring in 2012, what made you want to return to the ring?

Brandi Wine…I effectively stayed away from the industry, she talked me into going to Shine with her and then managing her, then the next thing I know I am her tag partner

What do you still enjoy most about being a professional wrestler?

The fans, they are reason I had and have a career. Before WCW, ECW, and WWE they were the reason I had a place in the ring and even today the fans support me, the ones that have followed my career, have watched me go from green rookie to veteran, baby to heel, high-flyer to whatever I am now… old… they are the only reason I have ever done what I have in the industry. I have always strived to represent my veterans to the best of my ability and keep the craft going, I have always wanted to entertain them and have them leaving the show wondering, even if for just a little, was she mad, was she really hurt, was any of it real…