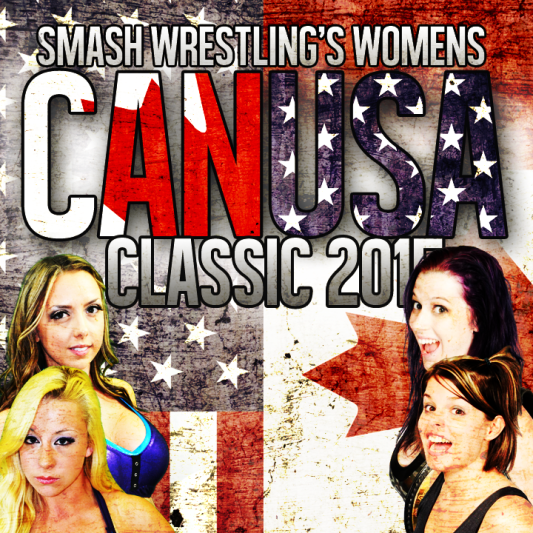 WWE IS IN THE MIDDLE OF A “DIVAS” REVOLUTION, BUT IT BEGAN AT SMASH WRESTLING.

On the other side will be reigning champions Team Canada, captained by Courtney Rush.  She will go into battle with “The Mountain” Vanessa Kraven, The Canadian Ninjas – Nicole Matthews and Portia Perez, “The Hardcore Princess” Jewels Malone, “The Suicide Blonde” Xandra Bale, KC Spinelli, and making her return to Smash Wrestling “Girl Dynamite” Jennifer Blake (AAA).

Tickets start at just $15 and are available now, but are going quickly.  VIP packages which include ringside seats are nearly sold out.  Visit  http://smash-wrestling.com/shop/ to join the revolution.

Smash Wrestling successfully launched a subscription service titled Smash On Demand which you can check out at http://smash-wrestling.com/ondemand/. “Everything. Ever. $7.49”.

For more information about this event or to schedule an interview please contact James Kee via [email protected].