Carr and Saigon to meet in an ECWA Iron Man match

By OWW Contributor on December 1, 2015@owwcom 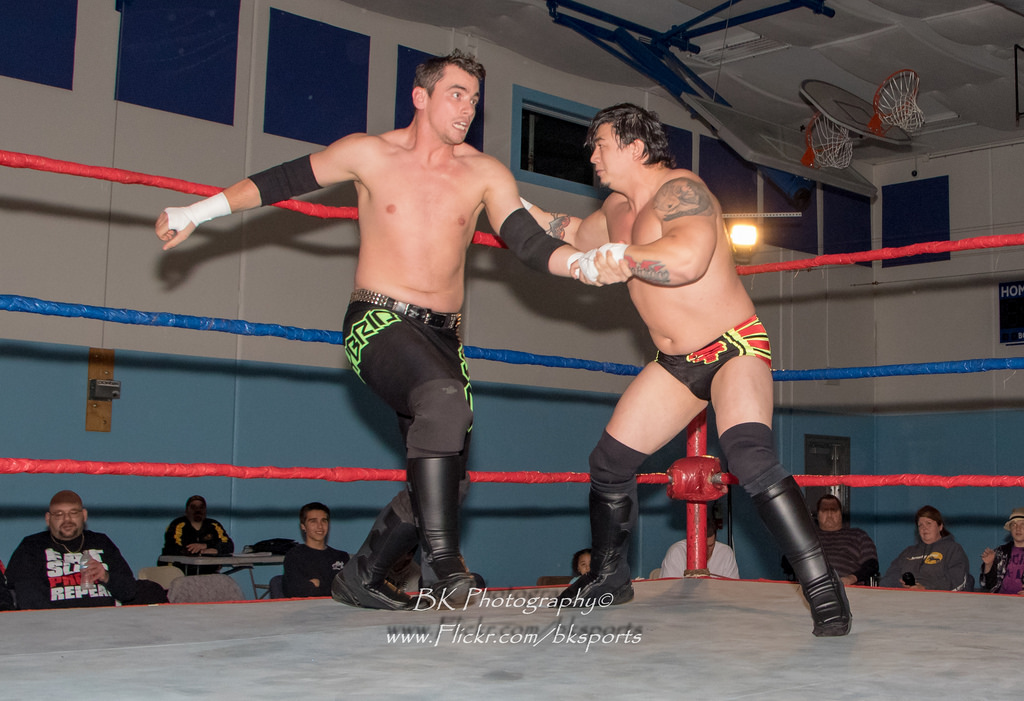 ECWA is preparing for the holidays in the only way we know how! Saturday December 5, 2015 is our yearly tradition of collecting for the US Marines Toys for Tots toy drive… and the night’s card to celebrate is shaping up to an unprecedented night of amazing professional wrestling and scores settled.

Sean Carr and Matt Saigon hate each other. Over the last few months, the ring, ECWA management, the ring crew, and even the fans can’t contain this war over the prestigious ECWA heavyweight championship, or ‘Big Red’ as it’s affectionately known. Carr has a way out of every situation it seems and almost always has the words to make you know it. The resilient champion Matt Saigon has battled tooth and nail to keep his championship. It has made for quite possibly the most heated rivalry in ECWA history!

The most recent battle on November 21 was thought to be the final straw. It was ECWA’s return to the state of Delaware. 2 referees officiating so no questionable calls could be made. There would be one winner once and for all! But once again, as has been the case with Carr and Saigon, they were so evenly matched a double pin occurred and both men were declared winners. Unfortunately for Sean Carr though, that would mean the champion retains his championship! Carr would go berserk!

First he would lay out Matt Saigon with a Tombstone piledriver. Then he would superkick both referee John Finegan and Mike Kehner. Then as ECWA booker Joe Zanolle tried to get ’Big Red’ back so Saigon could be revived enough to make his way back to the locker room he too was super kicked! The situation wasn’t even close to being over! Carr would also assault most of the ECWA security/ ring crew as well! Carnage all over ECWA’s return to the state of Delaware!

Needless to say, ECWA management isn’t thrilled by Sean Carr’s actions and have considered suspending and even firing him. But Joe Zanolle has a different plan in mind. Fully confident in the abilities of Matt Saigon to finish Sean Carr for good, he has made a match rarely seen in an ECWA ring and in indy pro wrestling in general… an IRON MAN MATCH.

You’ve read that correctly… Zanolle has announced the true final battle…. Matt Saigon will defend his ECWA heavyweight championship against Sean Carr in a 30 minute IRON MAN MATCH! The rules are simple. Whoever has the highest score (points gained by pinfall and submission) when the time limit is reached will be declared the winner and ECWA Heavyweight Champion!

The story of Matt Saigon and Sean Carr will have it’s final chapter come Saturday December 5 as ECWA presents Toys for Tots! This will not be for the faint hearted. Management, officials, and security will be on high alert as this could get ugly and fast!

Will Matt Saigon write his name in ECWA history as one of the most resilient champions ever?  Or will Sean Carr get the last laugh and walk out with ‘Big Red’?  Be there to witness history in the making!

‘The New Standard of ECWA’ Cory Kastle vs. Josh Adams

Breaker Morant vs. Chuck Payne w/Kyle Payne in his corner