Home / Miscellaneous / Cause of death for Eddie “Umaga” Fatu

Cause of death for Eddie “Umaga” Fatu 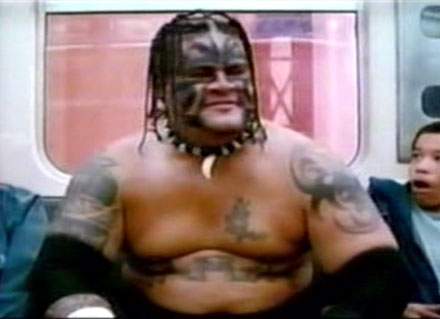 The Harris County (Texas) Medical Examiners office officially listed the death of Edward “Umaga” Fatu as accidental, caused from acute toxicity due to the combined effects of Hydrocodone, Carisoprodol and Diazepam.

Fatu, 36, suffered two heart attacks, the first on the evening of December 4 at his home in Spring, Texas, and the second in the hospital the next day while on life support. All three drugs under various brand names are reportedly drugs of choice for a number of pro wrestlers used to kill pain, ease anxiety, aid sleep, or when abused simply taken for recreation purposes. Fatu, who was under contract to WWE from 2002-2003 and 2005-2009, was released in June 2009 following a second Wellness Program violation and his subsequent refusal to attend a rehabilitation facility.

Days before his death, Fatu had told friends, including some current WWE and TNA wrestlers, that he was leaning towards signing back with WWE, which was prompted by his participation in a November 2009 wrestling tour headlined by Hulk Hogan and Ric Flair in Australia. He would have been subject to pre-contract screening that includes substance, cardiovascular and neurological examinations. Several wrestlers said privately that Fatu had a reputation for mixing painkillers and alcohol during the later stages of his career. People who were in regular contact with him also said he came across as out of it sometimes during telephone conversations.

In August 2007 articles by Sports Illustrated and The Washington Post named Fatu as one of a number of pro wrestlers and other professional athletes to have purchased pharmaceuticals from an online pharmacy. This was his first violation of the Wellness Program. He specifically was reported to have received Somatropin, a growth hormone, between July and December 2006. Somatropin is most commonly prescribed to children to help stimulate stunted growth and also used to treat mass muscle wastage in AIDS patients.

Three other wrestlers named in those articles have also passed away; Eddie Guerrero, 38 (heart attack), Chris Benoit, 40 (suicide), both under WWE contract at the time of their deaths, and Brian Adams, 44 (an initial autopsy failed to show a specific cause of death although it was eventually ruled that a mixture of prescription drugs slowed his respiratory system enough to kill him), another former WWE performer.
Most of the contracted wrestlers implicated in those articles were suspended without pay for 30 days, although Randy Orton was a controversial exception at the time.

Fatu was well liked and respected by those who worked closely with him in WWE. He was a member of the famous Anoa’i wrestling family; the nephew of Afa and Sika, younger brother of Rikishi and the Tongo Kid; and currently has two nephews in WWE developmental, Rikishi’s sons, who wrestle as Jimmy and Jules Uso.

His career highlight came three years ago at Wrestlemania 23 at Ford Field in Detroit. He was managed by Vince McMahon in a match against Bobby Lashley managed by Donald Trump, with the stipulation that the losing manager would have their head shaved. The event did 1.2 million buys, the most purchased pro wrestling pay-per-view in the history of the industry.

Despite his previous tenure and respect within the company, WWE did not acknowledge his death on television in any way, which one can speculate was for PR reasons, which will forever remain a sore point with some of his family members and his fans around the world.