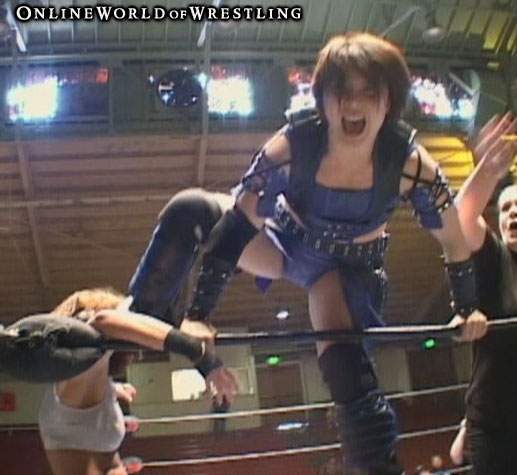 Filmed at the Kezar Pavilion, San Francisco, California – ChickFight appears on MavTV On Wednesdays at 8 p.m., Saturdays at 1 p.m. and 6 p.m., Sundays at 10 p.m., and Mondays at 2 a.m. This show has two matches: the semifinals of the ChickFight 5 tournament.