By Adam Helms on January 6, 2018@Www.twitter.com/scnatureboy 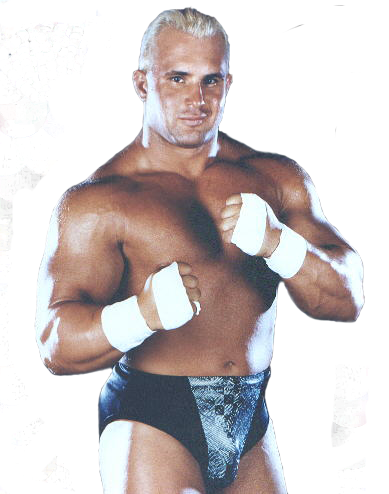 A kind caring man are two things you never thought as a wrestling fan you would ever hear to describe the man that called himself “No Gimmicks Needed” Chris Candido. The greatest and the funniest were two other words to describe Chris.. well that was the absolute the truth. As fate always plays a hand into everything in daily life I was able to connect with Chris’s \brother johnny in my search to learn everything I could about him.I was told Chris got into into wrestling by  their  grandfather, “Popeye” Chuck Richards he would take  Chris to MSG as a little kid, he said at 1st sight, seeing all these big dudes, he didn’t even know what they did he just knew he wanted to be part of it. Growing up Johnny and Chris would go wrestle in the backyard as we have done as youngsters Chris would be Doug Somers or Ray Stevens and Johnny be Big John Studd, from an early age you could tell he wanted to be a great worker and as johnny told me:

“He wanted to be the guy that made other guys look good not necessarily the star. He just wanted what was best for the sport.”

As he started going to shows with his grandfather he’d get to the buildings early and help set the ring up, hang posters for different companies.  When hes was a young teenager  him and his friend Scott would tell each others parents that they were staying at each others homes for the night. When they met up they would travel by bus to Brooklyn from New Jersey and wrestle in underground shows in bars where they would do hardcore matches before they were cool. Shortly after his underground days Chris would his own shows with  future Balls Mahoney and Bam Bam Biglelow at Marrucci Park.  They’d go down to the beach in their gear n get people to come watch n send around cans 4 donations.  During that time chris would train at the Monster Factory with Balls and debuting in 1986. Few years after his wrestling debut Chris was signed by James E Cornette to Smokey Mountain Wrestling where he brought his High School sweetheart Tammy Sytch to Tennessee. SMW was the the launching point in Chris’s career winning SMW  Heavyweight & Tag Champion and the NWA World Heavyweight Championship in a 10 man tournament.

Two days after he lost the NWA World Championship to Dan Severn Chris lost the Boo Bradley ( Balls Mahoney) in a Loser Leaves Town Dog Collar Match. Which set his path towards the WWE. Chris and Tammy debuted as two arrigoant fitness nuts Skip and Sunny the Bodydonnas. The WWE put Tom Prichard (Zip) and Louie Spicolli (Rad Rafford) with Chris  as tag team partners and of course chris out shined them both with his talent and christma. Chris’s biggest feud in the WWE was with a life long enhancement talent Barry Horowitz. Skip would  do push ups in the ring to taunt the crowd and show he was a superior athlete, well while he was doing that in a match on WWE tv Horowitz rolled him up for a pin, to start the short fued. March 31 1996 Chris and Tom Pritchard would win the WWE Tag Team Championship from the Godwins in the finals of the Tag Team Tittle Tornament.  A few months after winning the tittles they would rop it to the Godwinns, with that lose Sunny would leave the group and join forces with the Smoking Gunns, Godwinns and LOD.

When Chris lost the tittles and Sunny aligned herself with other teams WWE wanted to repackage him which made him decide to leave and go back to ECW which was now being called Extreme Championship Wrestling. Johnny Candido said:

After the Bodydonnas thing they wanted to put him on the back burner and  repackage him, he didn’t want that so he left for ECW. I remember it like yesterday, I was at our aunt Kathy’s house and my mom said,”Jonny, cooks (chris)  here to get you”.. I went outside and he was in his gear in a limo and he said,”OMG bro I’m so nervous, I left WWF, I’m going to this new federation, you gotta come with me,” I was 13/14 at the time and we rolled up to the ECW arena, there where all people trying to look in the limo to see who it was.. I remember thinking thinking before he came our,” Jeez I hope these people know him”.. He came out, the crowd went nuts, he squashed spike Dudley that night and cut an amazing promo. That was the night of the dreamer/Brian lee scaffold match.. At this time he had made it, he and Tammy had an amazing mansion with 5-6 bedrooms, a jungle room with all exotic reptiles, a tanning room with tanning beds, they had cars, trucks,etc…everything a rich young couple has and more.  ECW  was an amazing time, they made me feel like I was part of the show, I used to come out with the BWO,  find weapons for New  Jack.

Shortly after his return Chris would Join forces with Shane Douglas to reform the Triple threat with Lance Storm and then Storm being replaced by an old friend of Chris’s Bam Bam Bigalow. When ECW had their first PPV Chris was scheduled to wrestle Lance Storm but a broken arm stopped him from competing, but the second one the opened up with a match in my opinion that stole the show. Chris faced Taz for the ECW Television Champonship, Chris did come out on the losing end but he entertained and showed why he didn’t need any gimmicks all he needed was four corners and an opponent and he would entertain that audience. While back in ECW Chris would have another ECW Tag Tittle reign with Lance Storm they would hold the belts for six months before losing to Sabu and RVD.

About year after leaving ECW Chris showed up in the soon to be defunct WCW. During his time in WCW he proved why he still had it all a great look, how he could still talk, and most of all wrestle. With everything he brought to the table he became a champion again, He won the WCW Cruiseweight Championship on  on April 16, 2000 in a six-way match at Spring Stampede against The Artist ( Prince Iukea) Juventud Guerrera, Shannon Moore, Lash Leroux and Crowbar. Later on that year after trying to reform the Triple threat with Bam Bam and Shane Douglas chris would leave WCW after Tammy Sytch was released.

For about five years Chris would run up and down the independents amazing crowds like he always did. finally after the years he was a hot commidty again and got an offer from TNA in 2005 sad to say this was chris’s last stop in his wrestling career.At TNA’s Lockdown pay per view  on April 24, 2005, Candido fractured both his tibia and fibula and dislocated his ankle during a six sides of steel match when he teamed with Lance Hoyt and faced Sonny Siaki & Apollo   He underwent surgery the next day to have titanium plates and screws inserted into his leg.

He was at the following Impact! managing The Naturals Chase Stevens and  Andy Douglas  to defeat “Cowboy” James Storm and “Wildcat” Chris Harris America’s Most Wanted for the NWA World Tag Team Championship.

Four days after his surgery Chris passed away from a blood clot caused by the surgery. His death was a shocker to fans, and wrestliers all over the world, his death was something you never thought would happen. You would watch TV every week and say geez quit whining.. you got such a big mouth cant wait to see you kick your butt kicked. As much as you wanted that when he came out and you saw him wrestle yu was like what a great match… but that Candido is such a punk.. which he strived to do.

As i reached out to stars and the fans of wrestling that is  what I was told. He was the coward of the squared circle and loved every minute of it. He would talk on and on of how great he was how he was a natural born athlete and when his opponent would start to come near him just as quick as he ran his mouth he ran from his opponent almost in a school yard big mouth sorta way.

“He was always in good spirit. Always a smile. Very kind hearted. He’s what brought the Naturals together as a whole. It didn’t last long but it was a dream team.”~ Chase Stevens of The Naturals Former 3 time NWA World Tag Team Champion

“The first time I met Chris, he and Tammy were amongst the people making connections and meeting people at a wrestling convention I had a table at I was a tape trader; I sold wrestling footage in the early ’90s as a teenager. I’m not sure I officially met them, and I’m not sure if we talked that first day I saw them. But I remember wondering why they were walking around all day rather than having a table as a featured guest. My friends and I referred to many of the fellow fans and folks on the wrestling scene under gimmick names. Chris and Tammy in my circle were “Nature Boy” and “Nature Girl.” They looked as much “like a wrestler,” “like a personality,” “marketable” as all of the talent – and more than some. Turns out they were not much older than me at the time – maybe 18 or 19 – high school seniors/college freshmen maybe. In the 15 years that followed, I would appreciate Chris’ multiple merits and vast talent more each time I saw him work and spent time around him. Consummate performer, contagious energy, striving to succeed, driving, determined. Passionate about his industry, expertly skilled, with limitless prowess. I know there are others in our family who “miss him more,” but only because they were blessed to know him better and for longer. I talk about Chris as a friend. Some would say we only knew each other well enough to be acquaintances. I don’t feel that way, and would regret if it were so. Miss you, Chris” ~ Joel Gertner Former ECW Manager and Commentator

” Chris was one of a kind… he was the greatest guy I have ever known.. Miss him everyday” ~ Jason Knight Former ECW Star

“Chris Candido wanted to do two things in life – become a pro wrestler and capture the heart of a blonde beauty named Tamara Lynn Sytch,He accomplished both, but they came with a price.”~ Mike Mooneyham Wrestling Editor, Post and Courier

“He was an awesome worker and an even more awesome person. My favorite memory is when Christopher Ford PT and I worked him and Tammy for Frank Goodman in Queens! One of the highlights of my short stint in the ring”~ Dina Ford

“One of the greatest ever. And wayy ahead of his time. He pretty much had it all. A high flyer, a mat technician and could brawl with the Best of em. Died way to early. Would of loved to see him with a United States Championship Run during his time in Wcw. Not to Mention he is a former Nwa Champ. R.I.P.~ James Toombs Creator of Smokey Mountain Wrestling Fan Page on Facebook.

It was so tragic even thinking about that day and the days leading up to it makes my eyes well up with tears.. The whole wrestling community really came and supported me and showed there love for cook, a pro wrestling purest who gave it all the sport and loved every second of it…Johnny Candido.

You are Truly Missed.. and will Live on Forever

In our minds and Hearts.