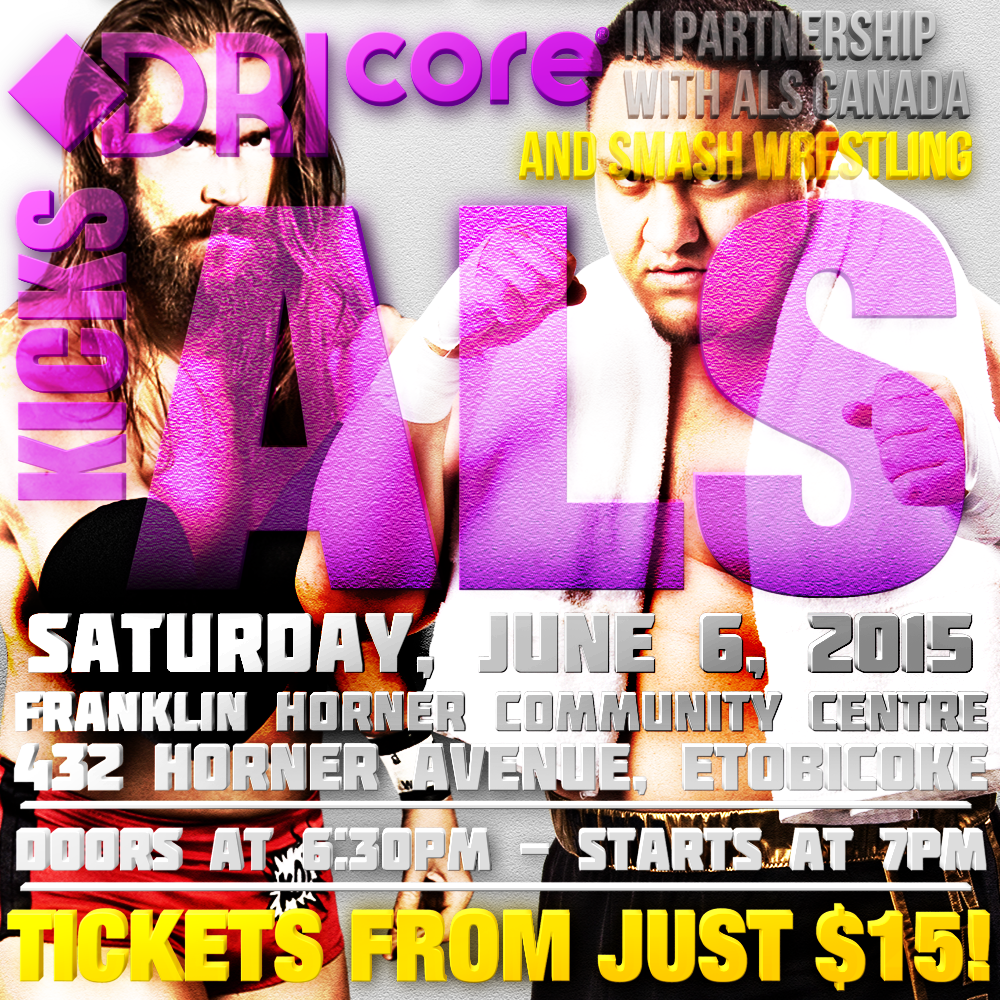 Smash Wrestling, Canada’s premier pro wrestling promotion, has announced two huge shows to take place on June 6 in Toronto, Canada. “DRIcore Kicks ALS” is headlined by a ground-breaking main event between Samoa Joe and Chris Hero. The event will have 100% of its net proceeds going to ALS Canada and also features the likes of Matt Cross (Lucha Underground’s Son of Havoc), Johnny Gargano, the Super Smash Brothers, Pepper Parks and many more.

Preceding this show will be an all-women show called “#GiveDivasAChance”. Smash Wrestling organized the event after the hashtag trended requesting for women’s wrestling to be given a chance. Smash Wrestling has a reputation for having a strong women’s division and will feature world class female fighters such as Candice LeRae, Allysin Kay, Cherry Bomb, Portia Perez, Veda Scott, Jennifer Blake and many more.

Discounted tickets can be purchased online as a bundle pack for both events at http://smash-wrestling.com . Previous events have sold out so secure your tickets today!

Smash Wrestling successfully launched a subscription service titled Smash On Demand which you can check out at http://smash-wrestling.com/ondemand/. “Everything. Ever. $7.49”.