Chris Jericho addresses rumors about himself 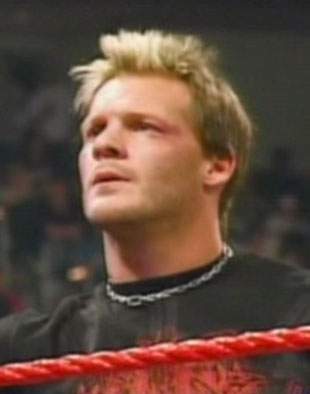 Chris Jericho Discusses His Response To The Rumors That His Return To The WWE Is Imminent After His Recent Comments To Fanhouse, Whether Him Or Fozzy Will Be “Performing” In Atlanta For WrestleMania XXVII, Why He Will Not Spoil The Surprise If/When He Does Return To The WWE, His Reaction To Those That May Believe That He Is The Mastermind Behind 2.21.11, Why He Feels He Has “No Unfinished Business” Left In The World In The World Of Professional Wrestling & Sports-Entertainment, The Release Of His Highly-Anticipated Second Book (“Undisputed”), & Why His Process For Writing Is Similar To Watching An Episode Of FOX’s “Family Guy”

Chris joined The Big Mosh & “The Chairman of the Board” Todd Vincent for his exclusive interview with The Monday Night Mayhem Radio Network, which is now available in Windows Streaming Media or via the official MNM Podcast on iTunes:

At what point that he decided he was going to pen the follow-up to “A Lion’s Tale” (in the form of “Undisputed”): “It’s quite obvious when you read ‘A Lion’s Tale’ that there would be a sequel. I ended off on a ‘cliffhanger’ if you were watching a movie. I had no guarantees that there would be a second book, but I wanted to write it, and I actually got the deal for the second book just as the first book was released.”

His response to the rumors that his return to the WWE is imminent after his recent comments to Fanhouse, his reaction to those that may believe that he’s the mastermind behind WWE’s 2.21.11, & why he will not spoil the surprise if/when he does return to the WWE: “What I said was misquoted. It’s not like I’m 90% ready to return to the WWE, or that it’s 90% done. There’s a contract that’s on the table and that has been on the table since September. It’s not done because it’s not signed, but because there’s other things going on. I could be returning tomorrow, I could be returning two or three years from now. I don’t know. People are asking when I’m coming back, and like anything else, if I was coming back and if I was the 2.21.11 guy, I wouldn’t tell anybody. All these things that are talked about have been talked about and are in the works, but as far as when they are going to happen, only I know, and I won’t say it until it happens, because it ruins the surprise.”

Why, despite the possibilities of a WWE return, he feels that he has no “unfinished business” left in the world of professional wrestling & sports-entertainment: “I have no unfinished business: That’s the difference between Jericho 2011 & Jericho 2005. When I left in 2005, I was kind of disenchanted with the wrestling business and wasn’t digging what was going on in, and had to find myself, and explore certain opportunities. I did that. This time, my contract expired, and I had a lot of other stuff in the works that I wanted to do, but I still love wrestling. I definitely left at the top of my game, and I think the last three years of my career was the best three years of my career.”
Much more is contained in Chris’ exclusive interview with The Monday Night Mayhem Radio Network, including his candid thoughts & comments on whether or not he and/or Fozzy will be performing in Atlanta for WrestleMania weekend, the band being together after 11 years, his personal highlight(s) in compiling “Undisputed,” why his process for writing his two books is similar to watching an episode of FOX’s “Family Guy,” plus a surprise for The Mayhem Nation’s listening audience: a live on-air reunion with Kevin Nash. Did Diesel’s return at The Royal Rumble inspire Chris to want to return to the WWE sooner vs. later? The only way to find out is by experiencing Monday Night Mayhem’s nine-year anniversary special! Get the complete details on the “Undisputed” book tour right now by logging on to Chris’ official website (www.ChrisJericho.com) or by following Y2J on Twitter (www.Twitter.com/IAmJericho). Stay tuned to “Your Home of Wrestling Radio” throughout the month of February for more details on how to score your very own copy of “Undisputed,” as the celebration of MNM’s anniversary month continues…