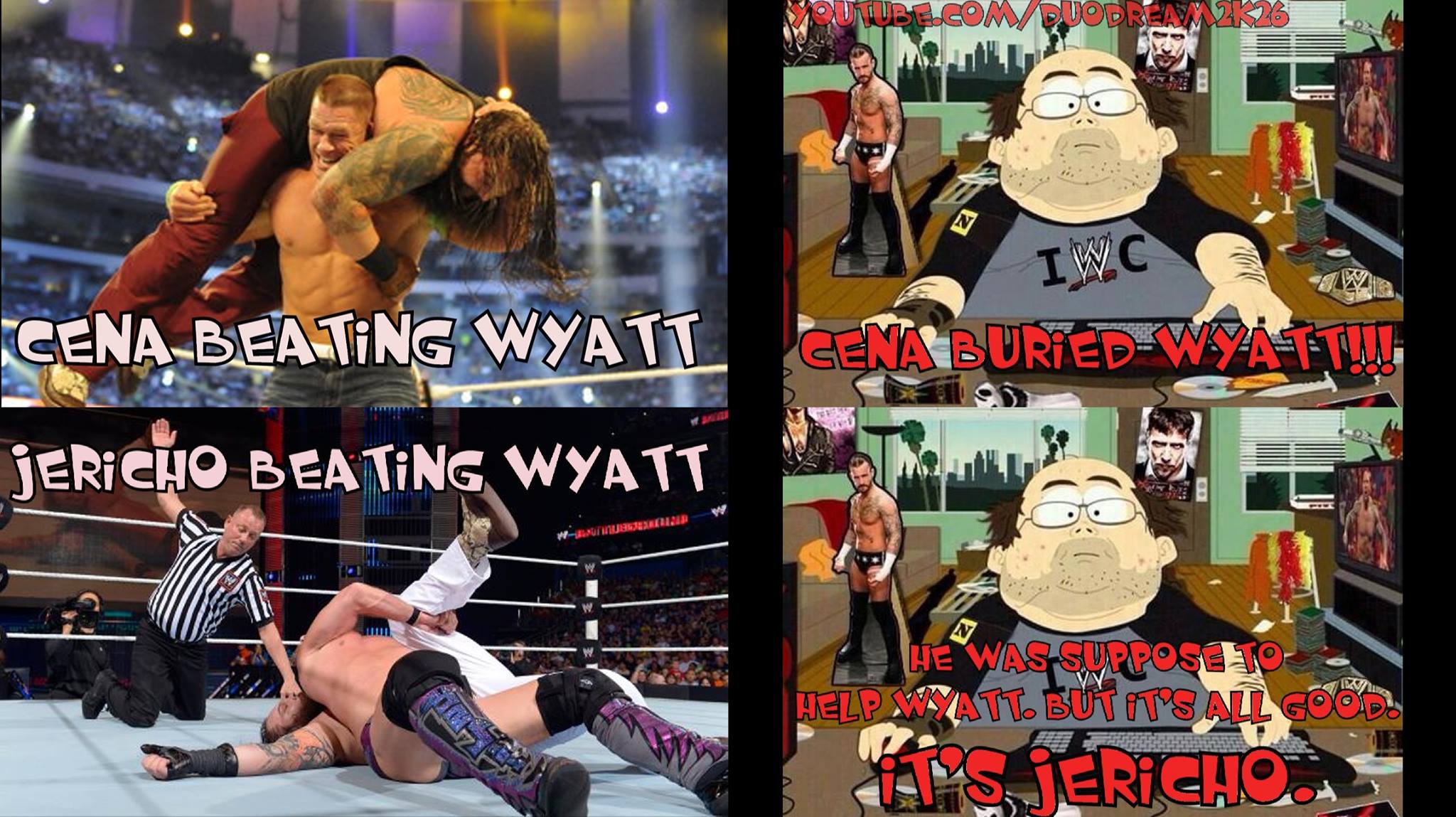 At this past weekend’s WWE Battleground pay-per-view, Chris Jericho pinned Bray Wyatt right in the middle of the ring.  It was a great back-and-forth match and showcased the best of both men.

But didn’t Jericho just do the same thing?  Where is the outrage now?

Christopher Sterling posted this photo in the OWW Forums, and I thought it captured the double-standard that may exist in the wrestling community.  Do you agree with it?