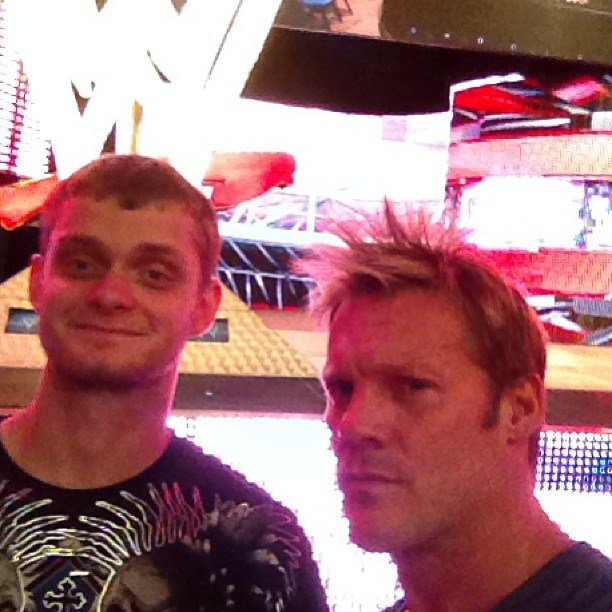 The professional wrestling debut of David Benoit, the son of Chris Benoit, scheduled for the July 18th Hart Legacy Wrestling show in Calgary has been cancelled after Chris Jericho intervened, upset that Smith Hart would book him when he has no formal wrestling training.

Ina strange story, the professional wrestling debut of David Benoit, the 21 year old son of the late Chris Benoit, scheduled for the July 18th Hart Legacy Wrestlingshow in Calgary, Alberta, Canada, has been cancelled according to Dave Meltzer in this week’s subscriber only Wrestling Observer Newsletter. He had been scheduled to team with his father’s close friend Chavo Guerrero before the match got canned…