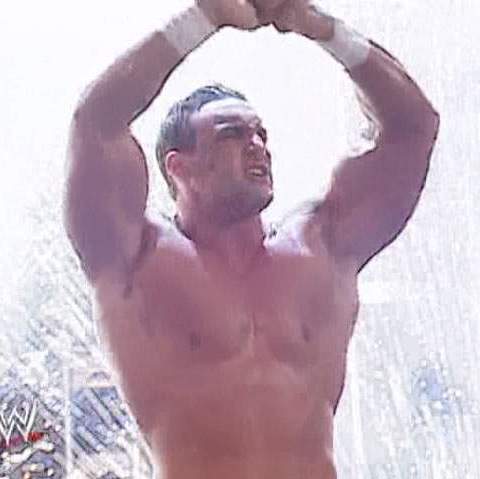 Doc began the interview by thanking Chris for being a guest. He referred to himself as “The Artist Formely Known As The Masterpiece, Chris Masters”. Chris noted on his first show back he will be wrestling as Chris Moore. Mordetzky then noted he has been looking at other names to use when wrestling, such as ‘Chris Victory’ & asks fans with any suggestions, to send him an e-mail at [email protected] and he takes bookings for independents, signings at that address too.

Les asks who’s idea it was for Chris to use the full nelson as a finisher. Chris Mordetzky said that the impression from WWE when they were to introduce him was with a finisher & a challenge and then spoke about the ‘Masterlock challenge’. Chris pointed out that “if you put the promotional machine behind anything it can get over”. Mordetzky said he can’t remember who thought up the idea for him to use the full nelson & the Masterlock challenge but think’s it could have been Arn Anderson.

Chris highlighted that himself, Shawn Michaels, Triple H & Vince worked together on his ring entrance. Doc talked about the long duration of the ‘Masterlock’ angle & Chris Mordetzky highlighted that they (WWE) wanted to go back to the old school and was one of the indicators of them stepping back & reconditioning the fans regarding moves. Chris said what WWE wanted to accomplish with the full nelson working perfect. Les asked Chris Mordetzky if he ever compted in bodybuilding. Chris noted he gets asked that all the time & talked about being at OVW and wrote on his biography he did bodybuilding, to add more to his character. Mordetzky stated that bodybuilding was more of a hobby.

The Wrestling Weekly listeners were then give the opportunity to ask Chris questions. The first question asked was, what would one thing about Chris Mordetzky we want to know. Mordetzky replied the biggest misconception is about him being a bodybuilder & talked about Muhammad Hassan & emphasised that with wrestling, you have to have a love/passion about what you’re doing. Doc asked Chris Mordetzky if he was nervous when he first started out in WWE. Chris stated he trained for a year in UPW & started out in wrestling at sixteen. Mordetzky continued saying he started training the same day as John Cena. Chris noted he got an injury and was out for 3 months & WWE were recruiting out of UPW at the time. Chris Mordetzky said he took two & a half/three years off from wrestling to focus on working out & bodybuilding became a hobby.

Another question was if there was heat with Stevie Richards after accidentially breaking his nose & about having the Polish Hammer as one of his finishes. Chris talked about the Hammer finish & it was going to be his main finish & most wrestlers took good bumps for the move. Mordetzky the talking about accidentially breaking Stevie’s nose. Chris said he was travelling with Snitksy & Simon Dean and picked up a sandwich to eat from the gas station. Mordetzky said he got food poisioning & slept two hours before his debut on ‘Raw’, which was a big deal for him. Chris said what happened to Richards was unfortunate as he never hurt anyone significantly in the ring. Mordetzky highlighted that he apologizes everytime he sees Stevie Richards and said that injuries & accidents are going to happen in pro-wrestling.

Chris was then asked what he would do to get the ‘Masterpiece’ character over more, if he was the writer. Mordetzky said he watched ‘American Psycho’ movie with Christian Bale & said instead of the vignettes WWE showed, they could have focused on him on Venice Beach being “cocky & funny” and showed his real personality. Chris said he would have taken aspects from the ‘American Psycho’ character & adapt it to his gimmick, which he noted would have been a ‘cool concept’.

Doc asked who are some of Chris Mordetzky’s friends who he hung out with on the road. Chris replied by saying Carlito & Randy Orton & that he travelled with Carlito for a long time when they were working together. Chris spoke about Randy (“He’s quite a character”) and he said was like a brother to him. Another question is what did Chris prefer, ‘Raw’ or ‘SmackDown’!. Mordetzky pointed out he expected being drafted to ‘SmackDown!’ & spoke about it in some detail, adding he believes WWE wanted to move him to seperate him and Orton.

Next question for Chris is what it was like wrestling Santa at the ‘Tribute to the Troops’ & what it was like in Iraq. Mordetzky said going to Iraq was really cool & stated he went to Afghanistan the year before & spoke about going there. Chris said going to Afghanistan was at the last second & he had to go there for a week to replace Kurt Angle who had a back injury. He noted he was upset at first about the short notice, but ended up having a great time. Chris Mordetzky said that wrestlers going over there takes them out of their usual routine & it is rewarding to wrestle in front of the troops.

Last question from the Wrestling Weekly listeners is about the Wellness Policy & if it’s necessary to add marijuana to the WWE Wellness policy. Chris said ‘No, but it’s a mind altering substance’ & that they (WWE) need to get rid of the “pills, alchol…anabolic’s…”. Chris Mordetzky then gave his opinions about the wellness policy in some detail.

Doc then asked if Chris had any good road stories. Mordetzky tells a story about himself and Randy Orton in an inadvertent police chase.

Chris Mordetzky pointed out that fans can e-mail him suggestions for possible wrestling names at [email protected] and also can be reached for bookings, autograph signings, apperances etc. via that e-mail too. Chris also said there is a phone line to call for bookings at: 310-663-8811

Doc & Les then thank Chris for being a guest. Next week, Blackjack Mulligan will be joining Doc & Les for the December 11th show.