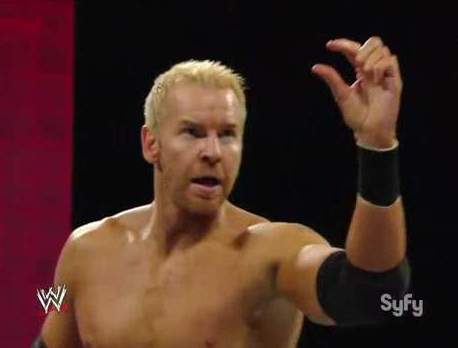 For some reason, WWE isn’t pulling the trigger on one of the most anticipated matches in the entire business right now, Christian vs Edge.

This past week on Smackdown, WWE teased the feud by putting Christian and Edge into the same ring, and as expected, the two to of them put on the most smoothly running mic works seen in recent memory. It’s a well known fact that Vince McMahon doesn’t believe that Christian can be a future main event wrestler in his company, that’s pretty much the only thing that is standing in the way of this feud.

This match could easily headline Wrestlemania, or even this year’s Summerslam. But the more important aspect of the feud would be the fact that it would finally finally catapult Christian into the main event scene. Maybe a feud of this caliber will be enough to get the chairman to accept Christian.

Even the fans are practically begging to see this. Think about it, year after year, fans complain about constantly seeing the same title matches at PPVs, over and over again. If  a fresh match up would finally happen at this year’s Summerslam, it would please many fans.

When Christian was drafted to Smackdown, it seemed as if the long awaited feud would finally take place, but then it was later announced that Edge would also be drafted over to the Raw brand. That crushed any last chances of this feud happening for atleast another year.

The only thing stopping this blockbuster feud from happening is Vince McMahon. He seriously needs to discard his personal feeling about Christian and give him a chance. He’s just as deserving as any of the other wrestlers on his roster, and more importantly, he’s probably more gifted than most of them as well.

Related Items
← Previous Story TNA fires Bubba The Love Sponge!
Next Story → AS I SEE IT: Bubba the Douchebag